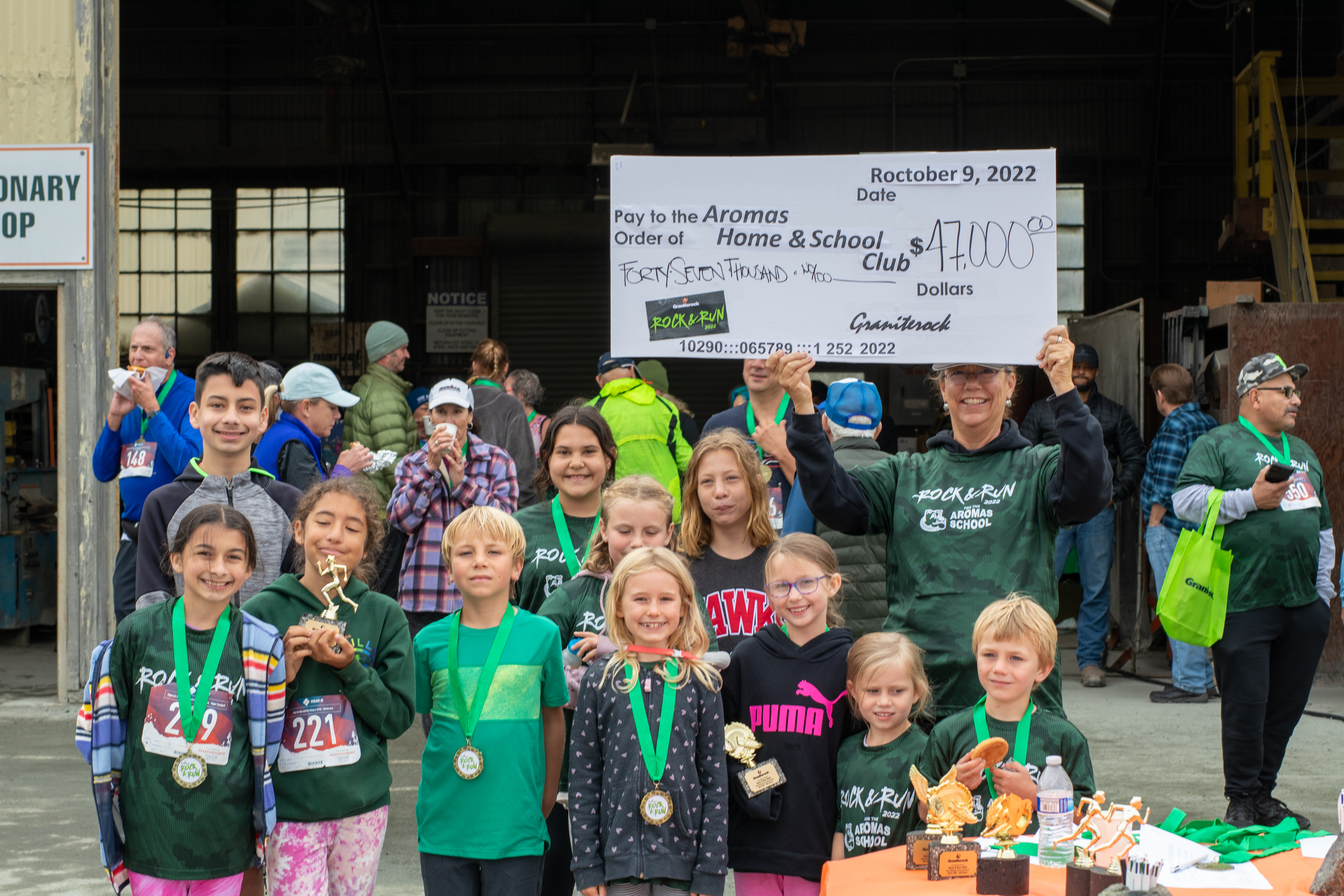 The Rock N Run was back in action Sunday for the first time since 2019 with a strong showing of runners, walkers and community supporters.About 200 people joined the 5K/10K at the Wilson Quarry in support of Aromas School.

Thanks to Graniterock, the participants and the many businesses and vendors who sponsored the run, we were able to donate $47,000 to Aromas School.

The event was a big success thanks to the good work of all the team members who spent several months planning the event and volunteering Sunday to help it run smoothly.