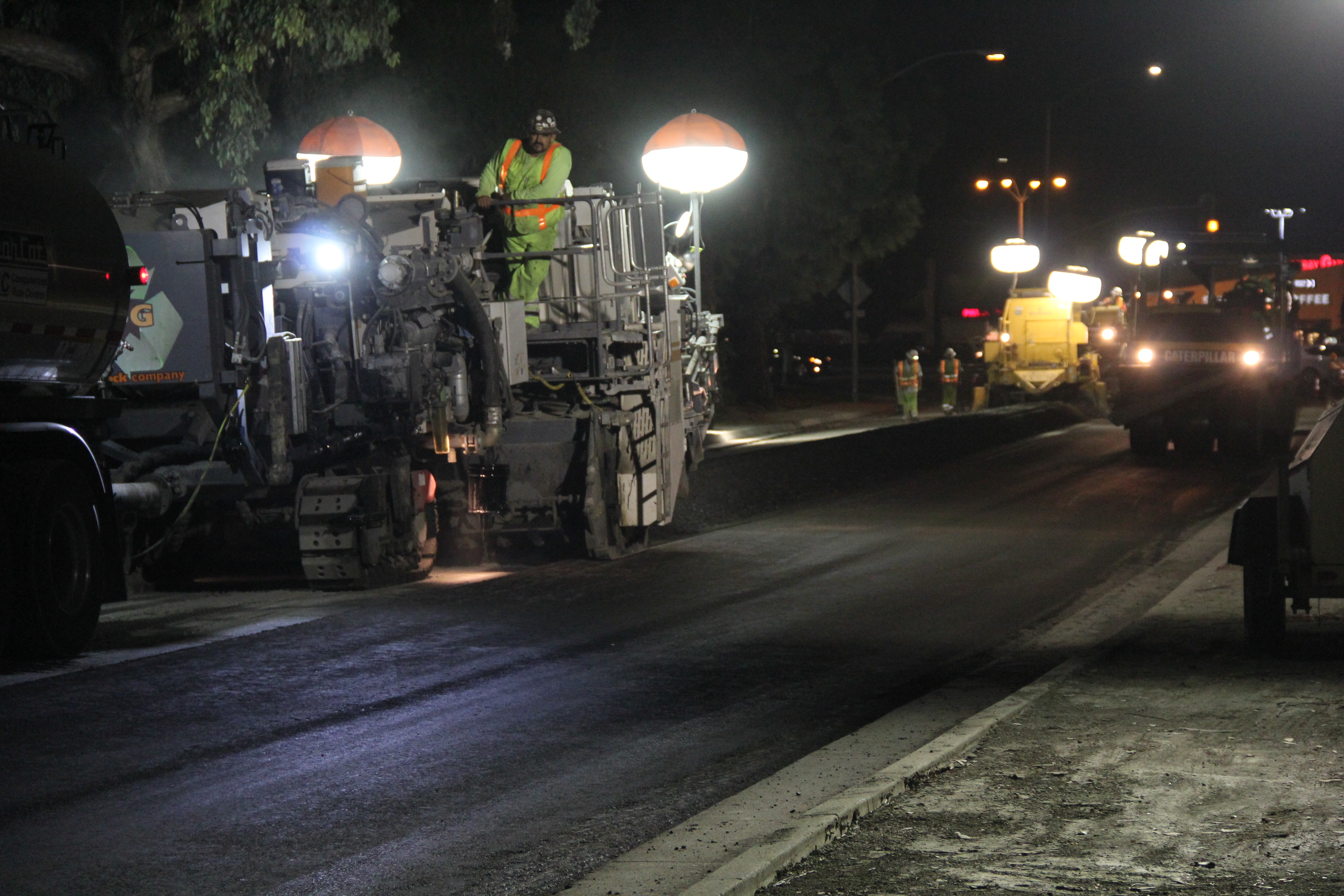 Santa Clara County’s Roads and Airports Department, an early supporter of CIR for pavement maintenance, incorporated CIR on one mile of the 11-mile night job between Homestead Road and Highway 237 under way with the Construction team.

The CIR segment involves four traffic lanes in each direction, three intersections and a 2-inch overlay.

“This is the first expressway we’ve ever done,” CIR Manager Dennis McElroy said. “We’re putting our material and process to the test.”

Watching closely is Peter Cruz, Santa Clara County’s senior inspector, who has enjoyed working with Graniterock over the years.

“What we like and the Board of Supervisors likes is to think green,” Cruz said. “CIR has held up nicely on other roads we’ve done in South County. We’ve never done it on a high speed roadway. It’s important this process works.”

Graniterock will provide nearly 10,000 tons of asphalt from the Redwood City plant.

“It’s been a real team effort out here to make this job successful,” Griffin said.