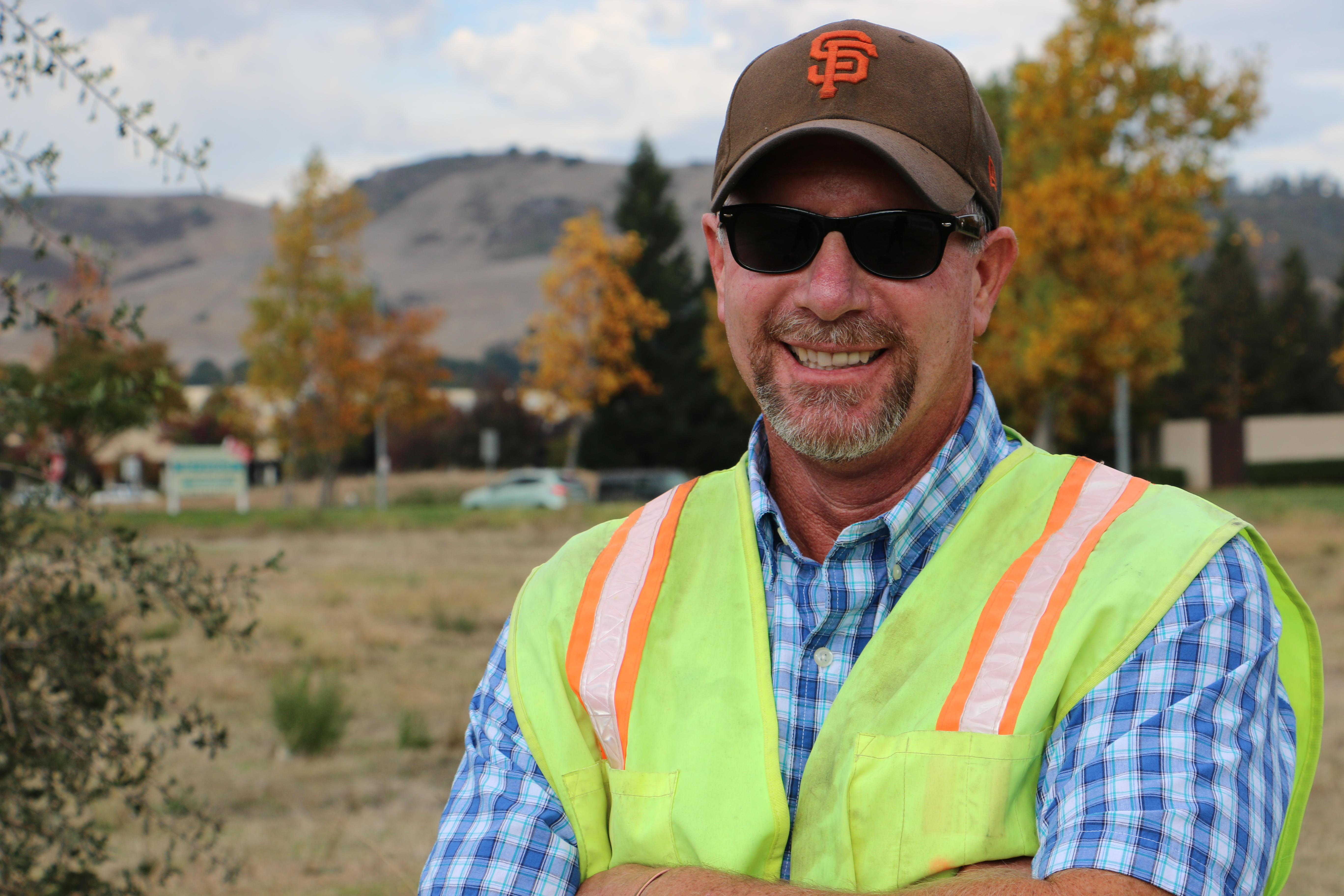 A superintendent who wears several hats

MORGAN HILL – One of the things that’s kept Dave Sornberger of Trinchero Construction employed full-time, no matter the economy, is his ability to run every piece of heavy equipment.

Those skills were crucial early in his career when he had a wife and baby at home.

Now, as Trinchero’s veteran superintendent during a time of remarkable demand for construction services throughout the San Francisco Bay Area, Dave is still the company’s main paving operator.

“I learned early on if you can run everything, you don’t sit at home,” the 54-year-old Hollister resident said. “That’s important when you’re young and starving.”

Dave is approaching his 31st anniversary at the San Martin-based family-owned company that has carved its reputation in grading, paving and underground for new subdivisions as well as other residential and public works projects mostly in the South Bay.

In addition to his experience behind the wheel, Dave is known for his loyalty and as someone who brings an incredible work ethic to the Trinchero team.

“He’s trustworthy,” said Gerad Trinchero, who runs the business his grandfather started in 1977. “Dave’s a hard worker, no doubt about it. I rely on him on a daily basis to handle the day-to-day management of our foremen.”

Dave got into the industry at a young age, even before he had a driver’s license, working for his father Nick’s small grading and paving company in San Jose before it closed in 1987.

With his experience and connections made working for his father, Dave joined Trinchero as an operator and moved up the field ranks to foreman, and 20 years ago became the company’s superintendent.

In planning Trinchero’s projects, dispatching equipment and crews, Dave lives by a simple management rule: Treat people the way you want to be treated.

“I don’t yell at people,” he said. “You treat your guys good and they treat you good. It makes a big difference. A lot of these guys I’ve known forever and I’ve worked in the field with them.”

Dave is always looking down the road when planning Trinchero’s projects, figuring out where to send his crews and equipment.

“The day is easy,” he said. “It’s what’s happening two or three days later that gets challenging from a planning perspective. I have a good set of guys, so I can’t complain.”

The father of three grown children, who has three grandchildren, is a big fan of snow skiing and taking his boat out to Don Pedro for wakeboarding with his wife Elizabeth.