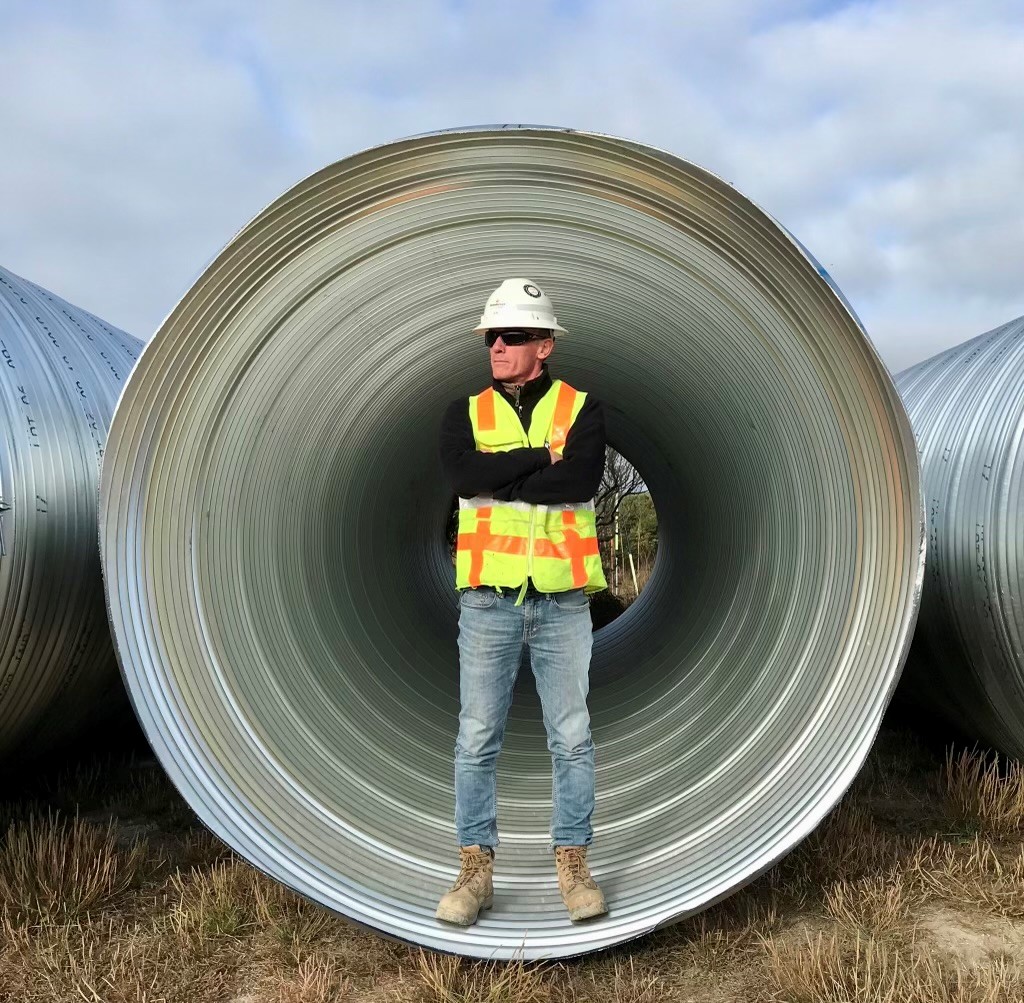 WATSONVILLE – Clearly, Jon Erskine was born to be a geologist.The early signs were there whether it was digging a mini quarry in his backyard, hammering rocks at the Grand Canyon or exploring the mountains and beaches of Southern California on his bike or while running.

Jon’s parents worked at an aerospace company and made science a centerpiece of nightly dinner conversations.

They talked enthusiastically about their jobs in the materials testing laboratory at Honeywell Aerospace, and his father, a metallurgist, often brought home bits of the materials he was testing.

“My dad was very important in inspiring my love of science,” Jon said. “I remember visiting his lab as a kid and learning about how they performed failure analysis on materials. It was always a riddle – why did something break and how do you prevent that in the future. I learned how to ask questions and test ideas.”

Curious about rock and earth at the age of 9, Jon brought a hammer on a family trip to the Grand Canyon and broke off shards of granite boulder at the campground in an attempt to “understand why the earth is the way it is and the urge to bang on rocks with hammers is sorta hard wired into geologists’ DNA.”

The inquisitive kid dug a hole in his backyard in Torrance, filled it with water and jumped in just because he was fascinated by dirt and wanted a pool to cool off in.

But the guy who serves as Graniterock’s director of environmental services and holds a master’s degree in earth sciences from UC Santa Cruz, didn’t have science or the outdoors on his mind when he arrived for the first day at Occidental College in 1989.

He was there to study economics.

“I saw this cute girl at orientation and asked what she was studying and she said ‘geology’,” Jon said. “I asked her what that was and she explained it was the study of mountains, rivers and beaches, so I signed up for a class. I loved it, so I took another and another, and never looked back.”

Jon joined Graniterock full-time in 2008 after consulting with the company for several years in areas around environmental permit compliance.

Jon’s expertise has helped Graniterock comply with permits and obtain new state and local permits to operate four aggregate mines, the largest being the Wilson Quarry, and the smaller operations of Wilder Ranch sand plant in Santa Cruz, Quail Hollow sand plant in Felton and a sand and gravel pit on the outskirts of Hollister.

Much of his work, and the work of Graniterock’s seven-member environmental team, involves keeping the company in good standing with increasing federal, state and local environmental regulations.

For example, it is critical Graniterock follows a long list of rules by the Surface Mining and Reclamation Act (SMARA), which governs surface mining in California to prevent negative impacts on the public and environment.

Jon’s knowledge and experience with water issues are important in helping to ensure the company complies with stringent state regulations and permit requirements for stormwater runoff.

Jon and other members of Graniterock’s environmental team, including Reed Carter, have led the company’s efforts to design and construct six storm water filtration systems at Graniterock facilities throughout the San Francisco Bay Area, Salinas and Santa Cruz.

At up to $1 million each, the water filtration systems are critical to Graniterock’s environmental stewardship. “The quality of the water that leaves our sites has to be very, very clean.” he explained. “It is California law but it’s also the right thing to do. Graniterock is very much on the leading edge with these efforts.”

Much of Jon’s focus in recent years has turned toward helping Graniterock shrink its carbon footprint as the company sets ambitious goals for sustainability in tune with increasing customer demand for lower carbon products as well as state and federal regulatory compliance.

For example, the cement industry in California by law must be carbon-neutral by 2045 and vehicle fleets are expected to be zero-emission by 2035.

Jon has been instrumental in the company building a 1-megawatt solar farm in 2018 as a trial to see if the technology would serve the quarry’s energy needs.

The success of that solar project, along with encouragement and support from the Aromas community, led Graniterock to build a follow up solar farm with 30,000 photovoltaic panels, estimated to produce 5 megawatts, which will supply at least half of the quarry’s power while also saving money compared to purchasing that electricity from PG&E.

“Environmental stewardship and demand for green products are more and more important,” he said. “You can’t have a green economy without local high-quality materials, and Graniterock has a very big role to play there. Graniterock also has an incredible opportunity to make a big impact and lead the industry to greater sustainability.”

Jon’s passion for geology and sustainability overlaps with his dedication to long-distance endurance sports. It’s a way of life he shares with his wife Christine, who also happens to be a former geologist and triathlete.

He rode his bike 155 miles up and down Felton Empire Grade Road in the Santa Cruz Mountains for the equivalent of climbing 29,000 vertical feet in a day – a feat known as Everesting.

Taking its name from the tallest mountain in the world, the goal is to pick any hill and ascend and descend as many times as it takes to climb the elevation of Mt. Everest.

“That was a lot of fun but it was pretty nuts. The burrito and beer tasted especially delicious afterwards,” Jon said. “I’m always up for the next challenge, whether it’s on my bike or at work.”