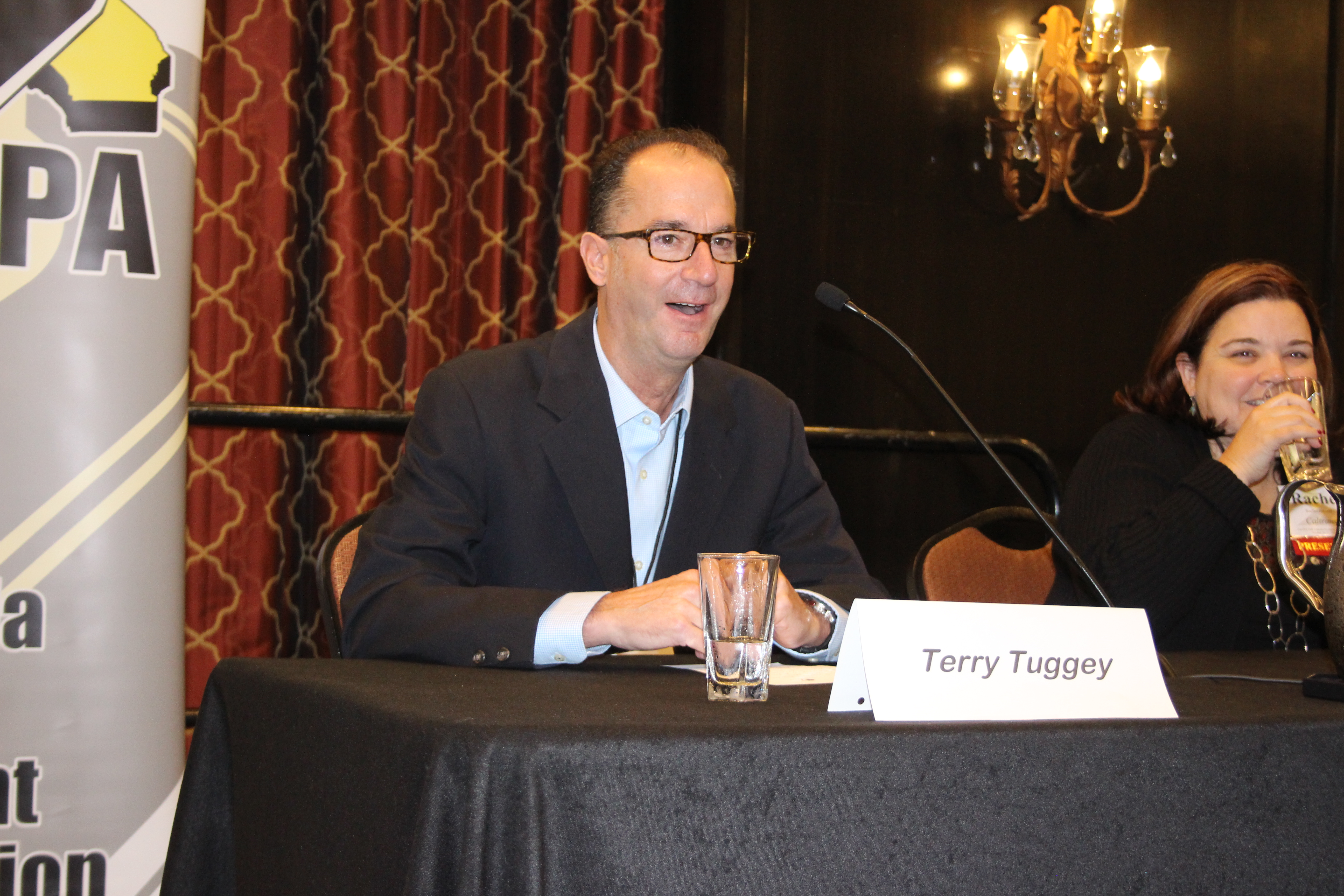 Terry was part of a panel discussion on how effective partnering between agencies and contractors can lead to incredible success.

One of the notable projects discussed was the 2014 San Francisco International Airport Runway Safety Area project, where Graniterock and DeSilva Gates worked as joint venture partners to perform $1 million in work per day for 90 days. The project finished a month ahead of schedule.

Geoff Neumayr, chief development officer for San Francisco International Airport, spoke about Graniterock’s commitment to partnering. Geoff recounted a conversation he had where the project team was asked what happens when the schedule starts to slip.

He recalled Terry’s response: “This is the airport. We don’t let schedules slip.”

“What a paradigm shift,” said Geoff, impressed at the benefit a dedicated partnering effort had exhibited on their project teams.

Terry talked about the first few weeks on the SFO project, where partnering was a dedicated effort of both companies.

“What evolved from that project was, we don’t need email.  We don’t need phone calls.  We need conversation,” Terry said. “The clearest message that I can give about partnering is so simple.  We talk.  And we’re not afraid to tell you when we’re screwed up.”

He attributed the success of the SFO joint venture to having a common goal between the contractors, construction management team and design team, communicating issues on the project transparently, and not delaying work due to an inability to make decisions.

“There is one word that we never use in our SFO teams or projects, the word no,” Terry said. “So when you ask a question, if your first instinct is to say no, you have to stop, pause, and think how am I going to answer the question without the word no.”

Other panel members included Rachel Falsetti, Caltrans’ chief of the Division of Construction, and Sue Dyer, founder of the International Partnering Institute.