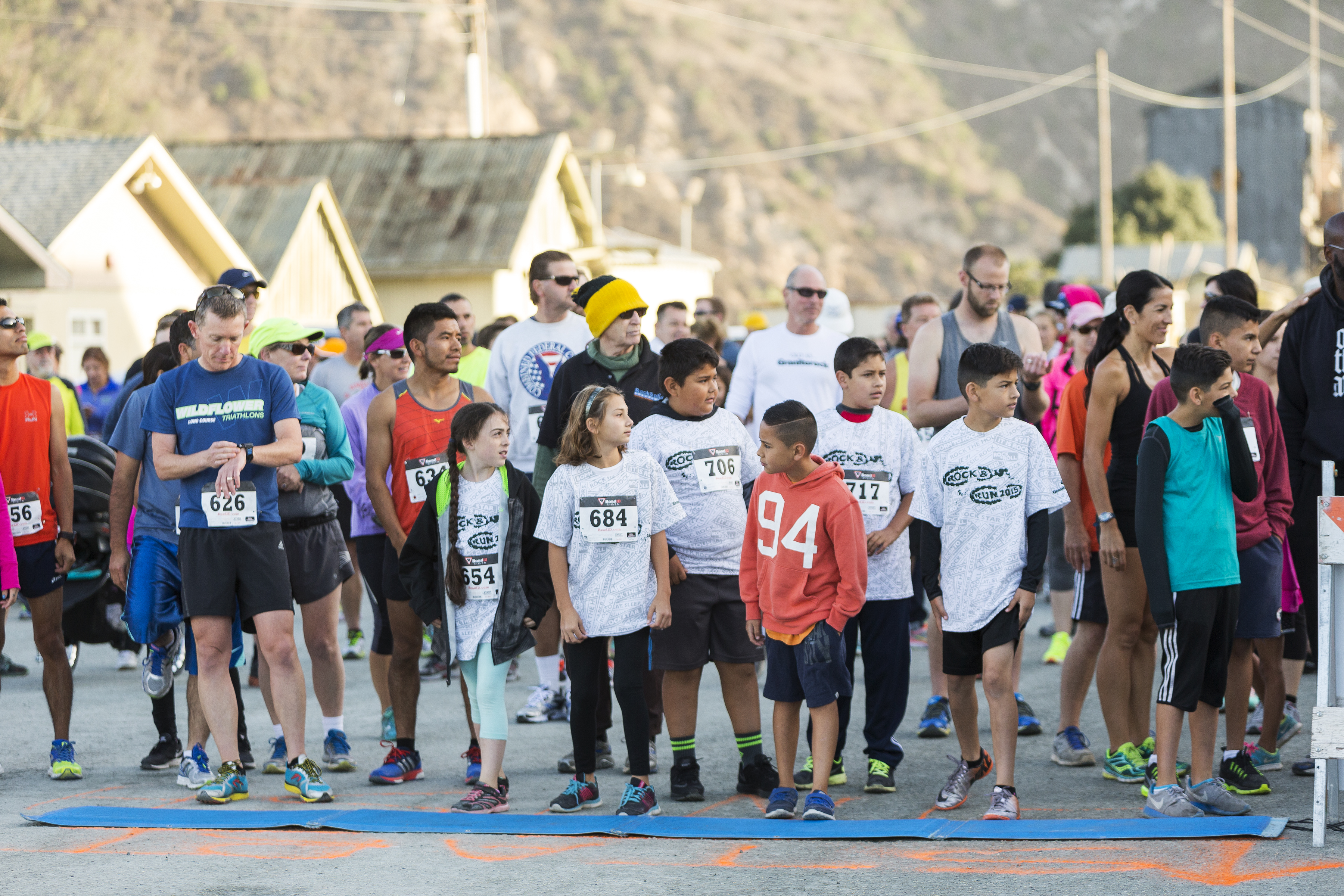 More than 200 people of all ages showed up Sunday to run though the A. R. Wilson Quarry in an effort to support Aromas School.

The Company matched all of the fees paid by runners.

Aromas School Principal Bronson LoBue expressed her gratitude to the crowd gathered after the 5K and 10K runs.

“This is really so heartwarming,” LoBue said. “Graniterock, you are just so generous. This money will go to our athletic department and sports program. Thank you very much.”

Trophies were handed out to the top three men and women, and everyone who participated received a medal. All of the children were given a trophy for their efforts.

Congratulations to Graniterock’s Jon Erskine, who finished first overall in the 10K.

People were invited to hang around and enjoy a breakfast burrito made by Paul Lerma and his cooking crew, including Victoria Gonzales and Jalyssa Rodriguez.

A huge amount of thanks goes to all of the people who organized this year’s Rock & Run and Quarry Open House and to the volunteers who helped make the day a success.