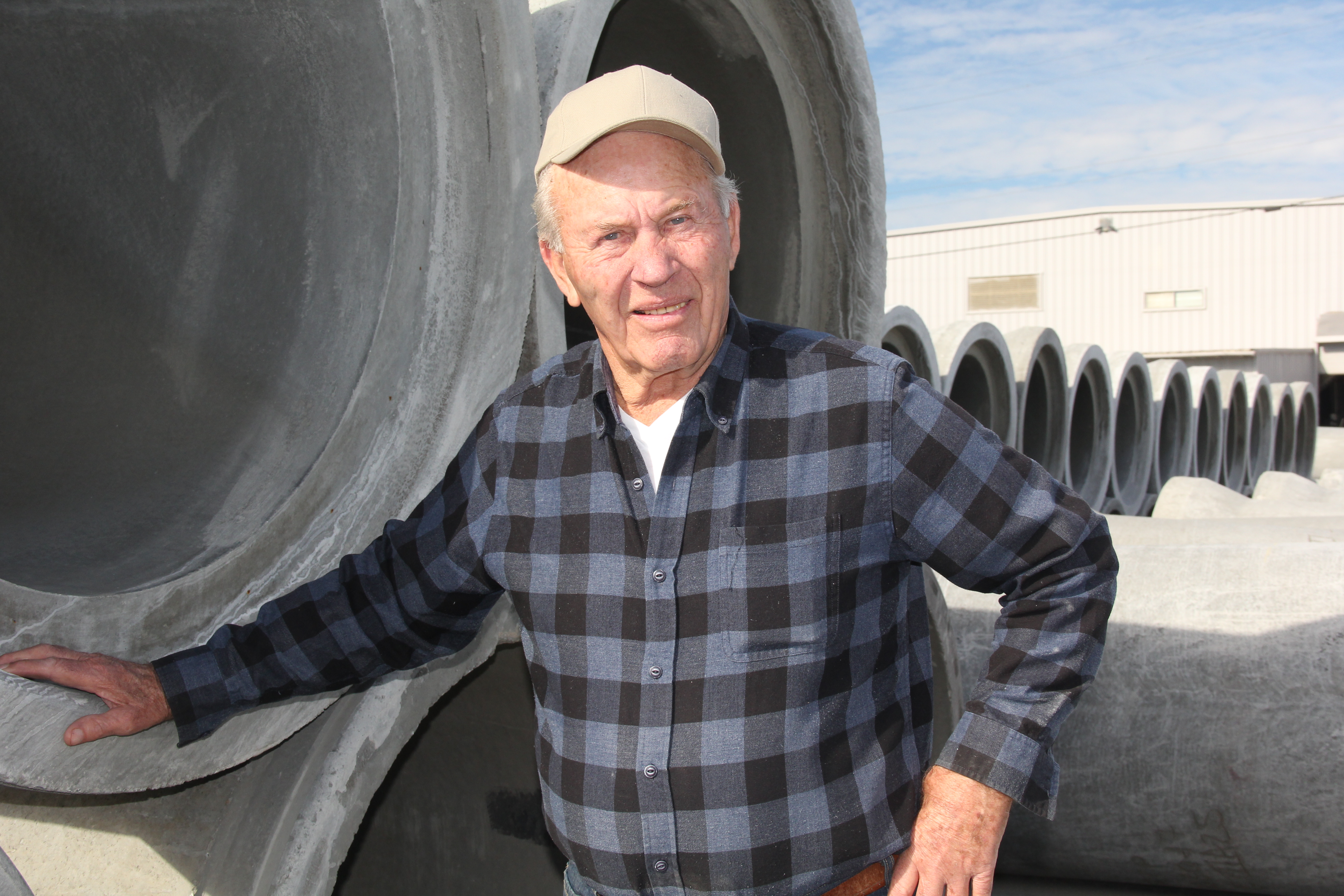 He was the youngest of seven siblings and remembers going days without food and running water while growing up.

In 1956, dirt poor and frustrated with President Josip Tito’s oppressive dictatorship, Chris snuck onto a 15-foot boat with five other people in the dead of night and fled to Italy, where he would live in a refugee camp.

It took two days and two nights to make the 110-mile journey across the Adriatic Sea, and at times Chris and the other passengers would row the boat to assist its struggling motor.

“You had to be a member of the Communist Party to have an OK life,” he said. “Even then it was not a great life. No opportunity.”

Life stayed bleak until nearly three years later when his uncle John, who had years earlier moved to the U.S., sent Chris money to board a ship bound for New York and purchase a train ticket that took him across the country to Oakland.

Chris joined uncles John and Nico in May 1959 at their concrete pipe manufacturing facility in Watsonville, where he still participates in daily operations, working with his nephew Kristo and Kristo’s son-in-law Josip Madar.

While Kristo, 74, is the main guy making more than 200 pipes each day, Chris washes pipes, stacks them in the yard and helps load pipes onto the flatbeds headed to customers, which are construction companies and water agencies all over California.

Kristich Monterey Pipes started in 1918 in King City with facilities in Soledad and Brentwood before making Watsonville home for good.

Back in those days the pipes were made by hand rolled up wood planks onto the trucks for delivery.

Today, they use a semi-automated system to produce 8-feet-long pipes that range from 12 to 60 inches in diameter for storm drains, irrigation and waste water.

To make enough pipes to feed the current market, each day Kristich uses 100 tons of half-inch aggregate, 100 tons of sand, 70 tons of cement and lots of steel to weld rebar cages.

The materials are blended at their plant on Salinas Road to make the zero slump concrete, which is set in cylinder molds with rebar. The molds are removed with the pipes standing upright, each weighing 11,000 pounds.

Because the pipes are placed underground, they have to be able to withstand extreme pressure and last about 100 years.

Kristich is known for high quality throughout the construction industry.

Chris lives on a 20-acre apple orchard on the outskirts of Watsonville with his wife of 57 years, Mary Ann.

He’s up at 5:30 a.m. each day for a cup of coffee and to catch up on the news before driving to the pipe plant.

While Chris says he doesn’t want to officially retire, he takes off several months each summer to return to Croatia, where he still has family and enjoys seeing the country thrive as a democracy and popular tourist destination.

It’s a country far from the one he grew up in.