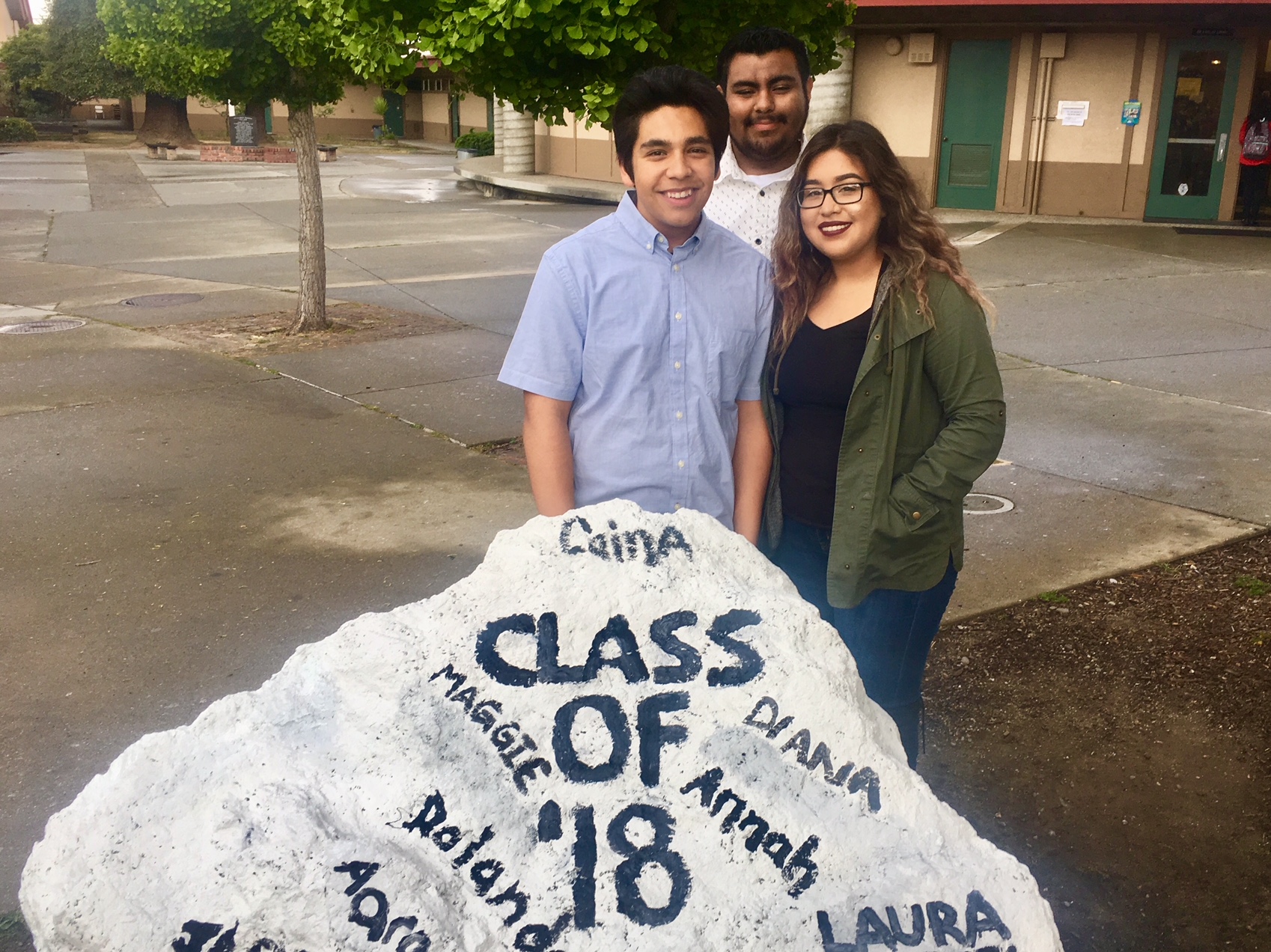 WATSONVILLE – Just as three Watsonville High School seniors were about to give up on their dream of establishing a new school tradition, Graniterock stepped in with a two-ton boulder.

Jesus Cumplido, Laura Orejel and Julian Guerrero planned their community action project around a permanent reminder the class of 2018 would leave for future seniors: A boulder placed in the quad that’s painted over each year by members of the graduating class.

Down to the wire without a boulder, project mentor Timothy Powers, reached out to Graniterock property manager and legal assistant Eileen St. Vincent, whom he knew as a fellow Aromas resident.

Eileen collaborated with Keith Severson and A. R. Wilson Quarry team members to get a boulder delivered to the high school in less than 48 hours, making the students' dream come true.

“We are so thankful,” Jesus said. “Graniterock totally saved our project.”