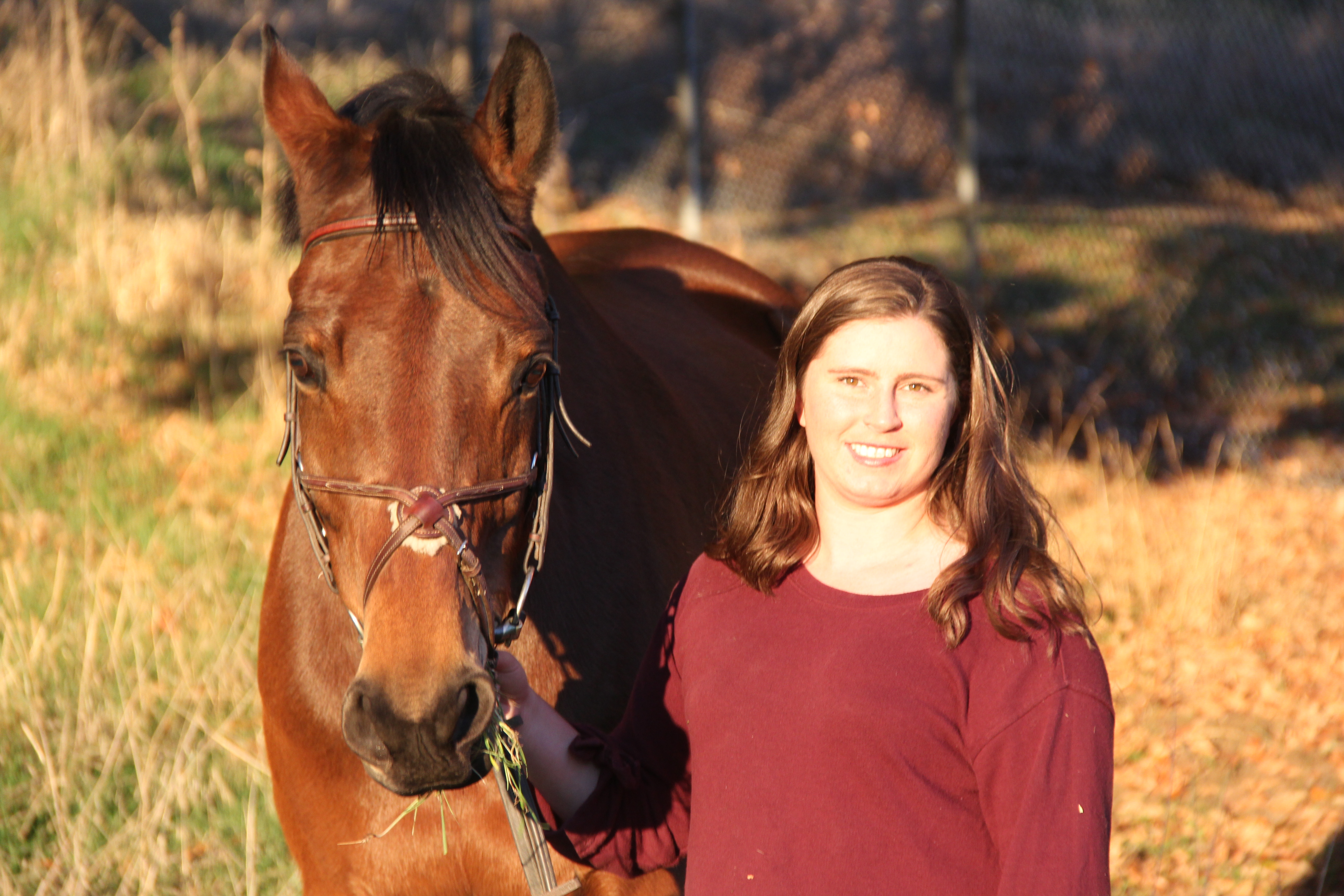 MORGAN HILL – On a bay-colored warmblood, riding fast, making tight turns and jumping fences more than three feet tall is where Marianne Woolpert is most comfortable.

During equestrian competitions, Marianne tunes out the world and focuses only on 11-year-old Titan as the bond between horse and rider must be one of total trust to be successful in the arena.

She’s out to win.

“I like that the sport provides a very specific measurement in how I’m performing. I’ve done well in most things in my life. Riding, by far, is the hardest,” Marianne said.

Marianne, the 27-year-old great granddaughter of Graniterock founder A. R. Wilson and daughter of Bruce W. Woolpert, has proven herself an accomplished rider time and again since she began competing in her teens while attending St. Francis High School in Mountain View.

She took a year off after high school graduation in 2008 to dedicate herself to jumping competitions throughout the country before starting college at Emory University in Georgia, where she majored in business.

She still competes half a dozen or so times a year.

Beyond the arena, Marianne is looking to prove herself in the management of Graniterock.

She is a member of the Company’s Board of Directors, joining after her father’s untimely death in 2012, and works as a financial analyst in the Construction Division, keeping close tabs on project margins, costs, backlogs, forecasts and billing.

She enjoys looking for patterns and behaviors so she can help solve problems and find ways to improve Graniterock.

As a board member, Marianne serves as chair of the nominating and governance committee, which is currently working to find a replacement director for Hal Poulin, who retired in 2016 after many years on the board.

However, to elevate her career at Graniterock and become a manager or executive, Marianne believes she should do what her father did before he took over as president in 1987, and that means leaving the nearly 118-year-old family business to work elsewhere.

Bruce worked in management at Hewlett Packard for 10 years and played an instrumental role in the debut of the ink jet printer.

“I really like what I’m doing as a financial analyst, but I want management experience outside Graniterock,” she said. “I want the confidence of knowing  I earn the roles I receive through my performance and not just because of who I am.”

She’s seeking a position in the Silicon Valley technology sector, but hasn’t pinpointed one just yet.

Down the road for Graniterock

Growing up with Bruce was a combination of silly fun and lessons in hard work.

The man who had connections with U.S. presidents and known around the country for his total quality management practices liked to take the family on vacation to dude ranches in Colorado and Montana and make jokes about Hawaiian pupu platters.

As a kid, Marianne joined her father in shopping sprees at Toys R Us, where he’d fill up  carts with toys to be demonstrated by his managers at the Company’s annual meeting.

Bruce would drop what he was doing and fly to Atlanta with Marianne every fall to help her get settled back at school.

He also taught his daughter the importance of staying humble and working for what you want.

Marianne’s introduction to work at Graniterock started when she was 15.

That summer, Bruce dropped off Marianne early every day at the Company’s materials laboratory in Aromas, where she worked as an intern making new asphalt mix designs and testing ad mixtures for concrete.

“My dad’s theory was to learn about our quality products first before you go on to anything else,” she said.

For Graniterock’s future, Marianne plans to stick closely to her father’s vision for remaining a family-owned regional powerhouse in construction materials and infrastructure building with people who care deeply about their work and the Company.

“The reason we have this Company is to make people’s lives better,” Marianne said. “We’re much happier having a healthy Company where everybody enjoys working than cutting costs just to make an extra dollar.

“It all comes down to people.”