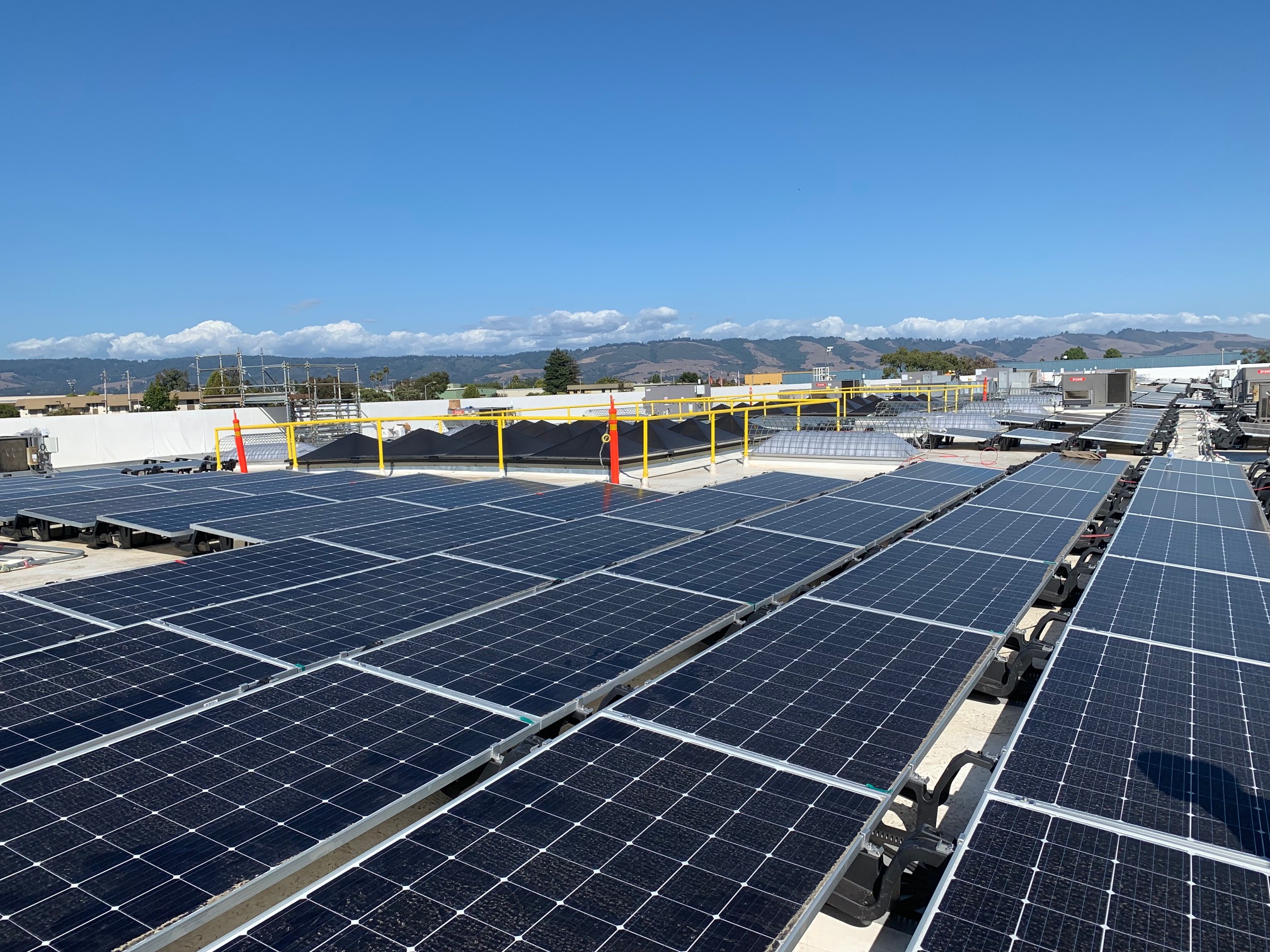 The PG&E bill at Graniterock's headquarters in Watsonville is about to go way down.

The two-story, 62,000-square-foot building has undergone a major conversion to net zero energy, becoming one of the greenest offices in Santa Cruz County.

With 900 solar panels on the roof, LED lights throughout and smart technology to run the HVAC system, the 120-year-old company is demonstrating its dedication to the environment and operating as a sustainable business.

Working with Mynt Systems, the conversion to a carbon neutral building includes several projects designed to knock down energy use and create renewable energy, all of which will dramatically cut the office’s PG&E usage.

In addition, the office climate will be more comfortable with better regulation of the heating and cooling system.

“By the end of the year, our net usage from PG&E will be close to zero,” said Jon Erskine, Graniterock’s senior environmental scientist, who managed the project. “We’re just being smarter with the way we use electricity, which is really the next big thing.”

Roughly 60 percent of the conversion stems from energy efficiency improvements, including window film for insulation and monitoring software that better regulates the timing of when the heating and air conditioning are activated.

The rooftop solar panel system accounts for 40 percent of the energy savings.

“We’re proud to have one of the greenest buildings in Santa Cruz County,” Jon said. “This is really in line with our efficiency corporate pillar.”

In addition to the corporate headquarters, Graniterock has 3,000 solar panels at the entrance of its A.R. Wilson Quarry in Aromas to help power the company's mining operations.