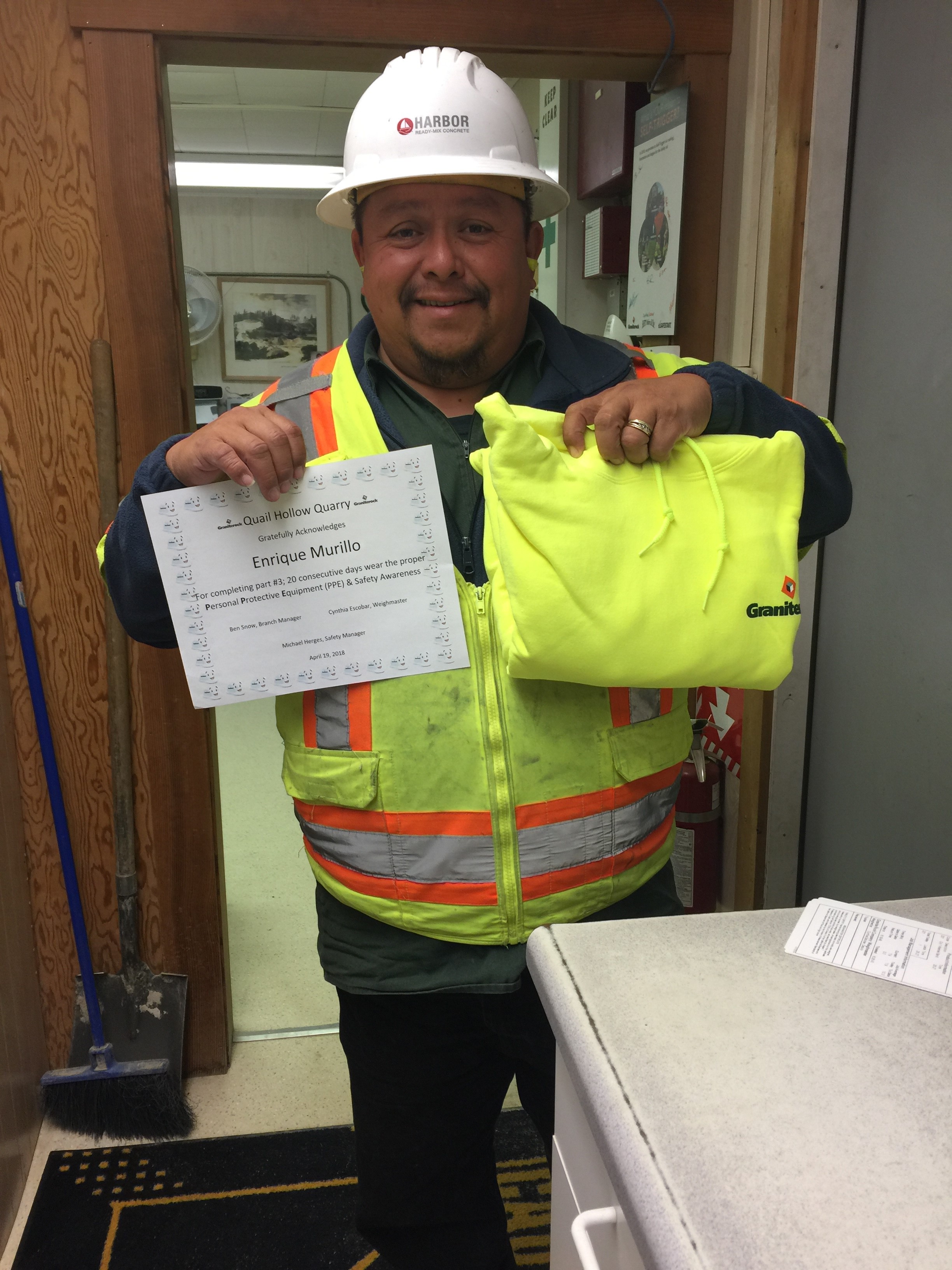 FELTON - Sometimes people need a little something extra to remind them PPE is non-negotiable when visiting a Graniterock quarry.

Cynthia Escobar, weighmaster at Graniterock’s Quail Hollow sand plant in Felton, crafted a safety incentive program earlier this year after noticing some of her customers were remiss in following the Safety Before All Else policy specific to PPE.

She encourages all of the truck drivers who enter the sand plant to wear their hard hat, safety vest and protective glasses when stepping out of the cab.

On the first visit in compliance, drivers receive a Company pen and their names go onto a board in the weigh master office.

A Graniterock ball cap is given to drivers after their fifth consecutive day of compliance with the quarry’s safety rules.

When they’ve accomplished 20 consecutive days of safety compliance, drivers are issued a certificate of safety appreciation and a bigger gift such as a safety jacket.

Cynthia also sends a note to the driver’s boss.

“I had a driver tell me yesterday that he received a text from his boss telling him thank you for a good job of being safe,” Cynthia said. “The driver was very happy to hear back from his boss, which in turn tells me the program is doing what we intended it to do.”