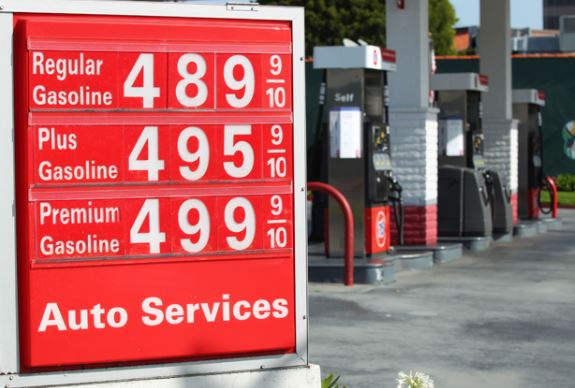 SAN JOSE – Higher fuel taxes showed up at gas stations last week as part of a $52 billion spending plan to fix mounting infrastructure problems across the Golden State over the next 10 years.

While the overdue 12-cent increase on gasoline and 20-cent jump on diesel was cheered by cash-strapped public agencies tasked with maintaining our roads and bridges, the tax increase faces repeal with two possible ballot initiatives being floated by Republican leaders who believe any spike in taxes should go before voters.

Known as SB1, the state Legislature and Gov. Jerry Brown acted in April to raise money dedicated to desperately-needed transportation projects through higher gas taxes and new vehicle license fees, estimated to cost the average driver about $50 more a year.

All Californians have seen the impact of deferred maintenance on our infrastructure, whether you drive a car, take public transit or bike – crumbling roads, failing bridges, gridlock, you name it.

The state of disrepair is everywhere, and it would be the wrong direction for California if this funding were lost in political upheaval.

Bigger taxes can be hard to swallow, but in this case, California is truly at a dead end without the new money.

Here are some key reasons to support SB1, based on facts and figures from Transportation California.

+ California ranks 48th in the nation for condition of our highways.

+ 87 percent of all counties have pavement ratings “At risk” or “Poor.”

+ 14 of the nation’s 20 most congested corridors are in California.

+ 6 of the nation’s 10 worst urban area pavement conditions are in California.

+ 55 percent of our bridges need rehabilitation or replacement in the next 10 years.

+ Because of inflation and increased fuel economy, current gas tax revenue covers less than one-half of the costs they covered in 1994.

+ California needs nearly $300 billion in investment to have our transportation system meet demand.