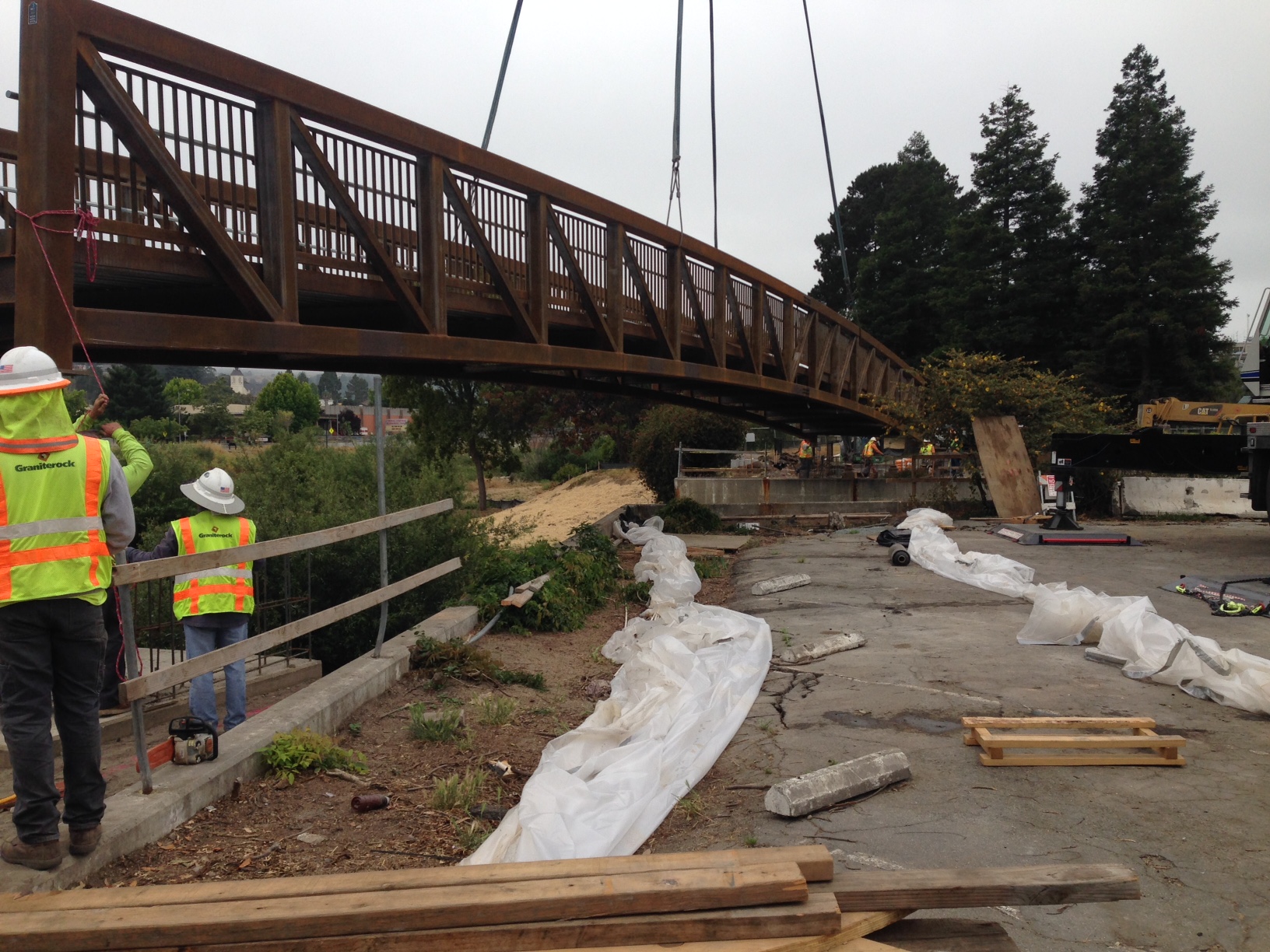 SANTA CRUZ – The Construction team had to quickly come up with an entirely new plan for a pedestrian/bike bridge over Branciforte Creek when the first pile hole being drilled by a subcontractor – 8 feet wide and 105 feet deep - collapsed due to poor soil conditions.

This critical issue was handled without further delays thanks to the service and team work of the Santa Cruz concrete team, which didn’t hesitate to provide material late at night and on weekends.

The bridge was re-designed by the owner with new locations for the concrete piles and substructure support, and work resumed as normal with the bridge installed in late June next to the San Lorenzo River.

“Graniterock’s concrete team jumped through hoops for us,” Matt Wadiak of the Construction Division said. “They stayed until 11 p.m. on a Friday to keep giving us trucks. The service they provided was key.”

"The whole Santa Cruz team jumped in to help on this work," said Joe Antonetti. "That included 550 yards for the subcontractor Pacific Coast Drilling and 180 yards for the Construction Division."

The 126-foot-long steel bridge, prefabricated in Colorado, was delivered to Santa Cruz in two pieces, which were lifted by crane over a building and bolted together before being set in place.

Another major issue for the project was ensuring the abutments and anchors were precisely accurate as each corner of the bridge had to sit perfectly on four bolts.

The nearly $2 million project for Santa Cruz Public Works Department, won by estimator David Kennedy, includes grading and paving to complete the gap in the city’s five-mile trail system from Highway 1 to the ocean along the San Lorenzo River levee.