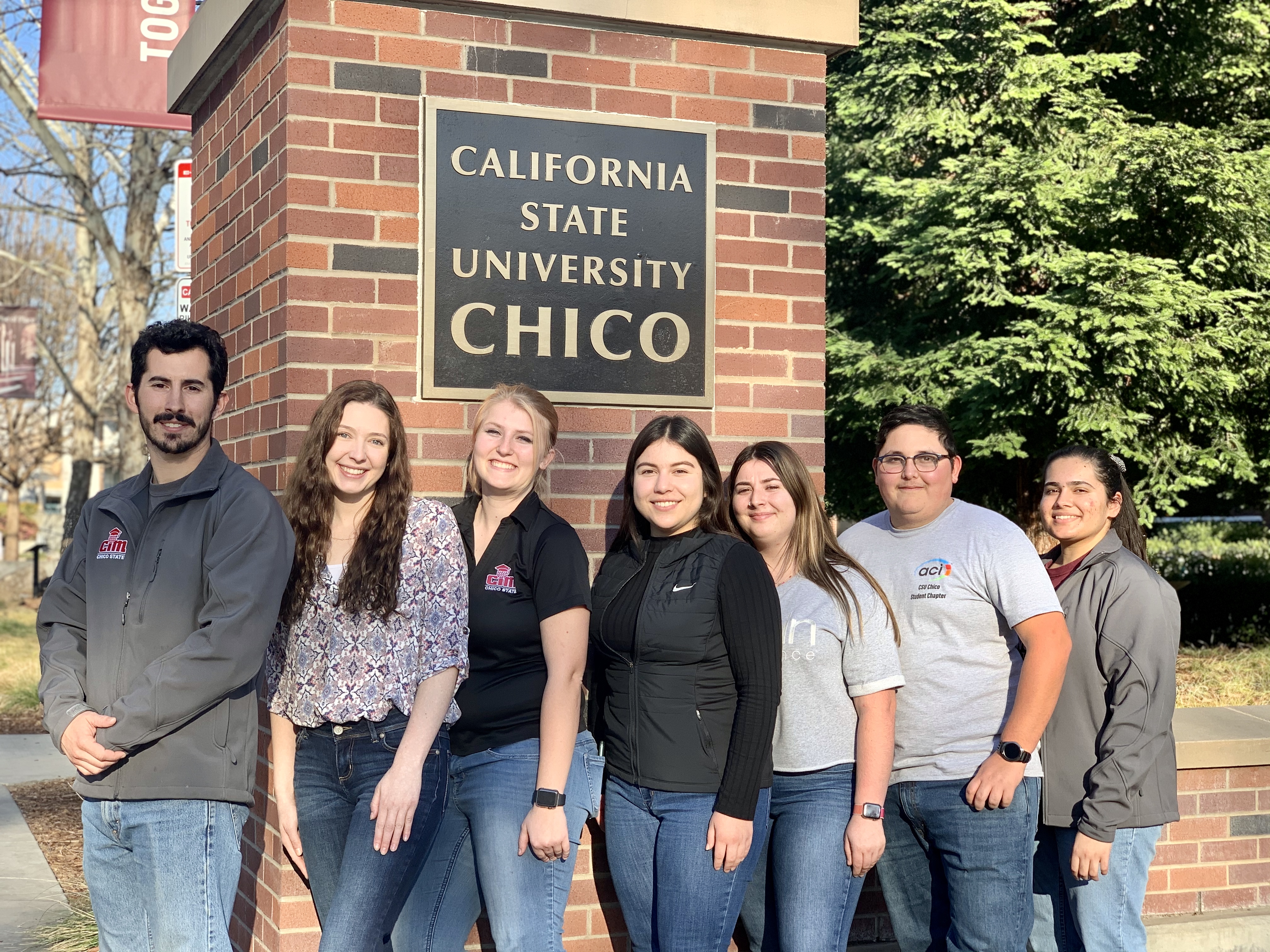 Back and forth she went until landing on neither.

Paige, 22, shifted directions entirely after learning about Chico’s concrete industry management program that produces graduates who are prepared for just about any career in concrete.

When she heard about the hands-on learning, internships, scholarships, networking with influential contractors and a guaranteed job after graduation, what she wanted to study became crystal clear.

“That day I said, ‘switch my major’,” Paige recalled. “I really like the whole chemistry side of concrete, manipulating the concrete with chemicals and admixtures and supplemental cementitious materials is cool.”

Extra cool is when her studies wrapped up in May, Paige didn’t have to hunt for a job. She had already secured a position with global chemical company Master Builders Solutions (previously BASF) as a sales trainee, with the possibility of her own sales territory in less than two years.

Her experience in the classroom, laboratory, serving as president of the college’s Women in Concrete group and internships at Truebeck and Master Builders qualified Paige for the full-time position.

To top it off, Paige won the Bob Weatherton scholarship award at World of Concrete in 2019 for her presentation on using recycled plastics in concrete production, which was the topic of her senior research project.

“This program gives us a really well-rounded view of the industry, including the business side and we’re required to take construction law,” Paige said. “They make it easy to get involved and make a name for yourself.”

Chico State’s concrete industry management program is a niche within the School of Engineering, Computer Science and Construction Management on the small Northern California campus.

Chico is one of four college’s nationwide to craft a Bachelor of Science degree devoted to concrete.

The program was brought to Chico in early 2006 by retired Cemex executive Doug Guerrero and a group of industry leaders, who recognize the country’s $100 billion concrete industry is badly in need of highly trained workers who understand the material’s science and application.

The patrons are actively working to expand the program and encourage more concrete companies to support internships, job openings and scholarships.

The group is dedicated to promoting the Chico program and drawing more bright, young people such as Paige.

“We want to grow this program as much as possible,” Doug said. “It’s so needed by our industry.”

Samera Khan, a senior, chose Chico State and the concrete program over her acceptance at UC Davis four years ago.

She is intrigued by the science of the material and highly motivated by the job opportunities that await after graduation.

Samera’s summer internship with Largo Concrete in Los Angeles, which included involvement with large foundation pours and witnessing high-rise construction from the ground up, served as reinforcement concrete was the right choice for her.

“Concrete is such a vital material in our society,” Samera, 22, said. “There are so many directions you can go in this industry. I’m really excited about the possibilities.”

Aubrey Miller made her way to Chico from Southern California.

The 19-year-old talks enthusiastically about her newfound passion for concrete, something she knew nothing about before discovering the Chico State program as a freshman.

She got a real crack at the industry through an internship at Chico-based Mathews Readymix last summer.

As an intern, Aubrey was stationed in the company’s lab, but also had opportunities to visit job sites, including a slab pour in Arbuckle that ran 9 p.m.-9 a.m.

“After an internship, you definitely know whether you want to be in this industry or not,” she said. “For me, I fell in love with concrete.”

Tanner Olsen of Petaluma arrived at the program with years of concrete experience from his father’s contracting business.

From shotcrete to foundation pours and retrofitting older structures, he had a strong grasp on how the material is used in different applications.

However, bolstering his experience with a degree, Tanner said, opens up opportunities like the one he had last summer with a BASF sales representative in Rapid City, S.D.

“Choosing this program is a no-brainer,” Tanner said. “Nothing’s handed to you here, but this is as close as it gets. Everybody’s getting jobs.”