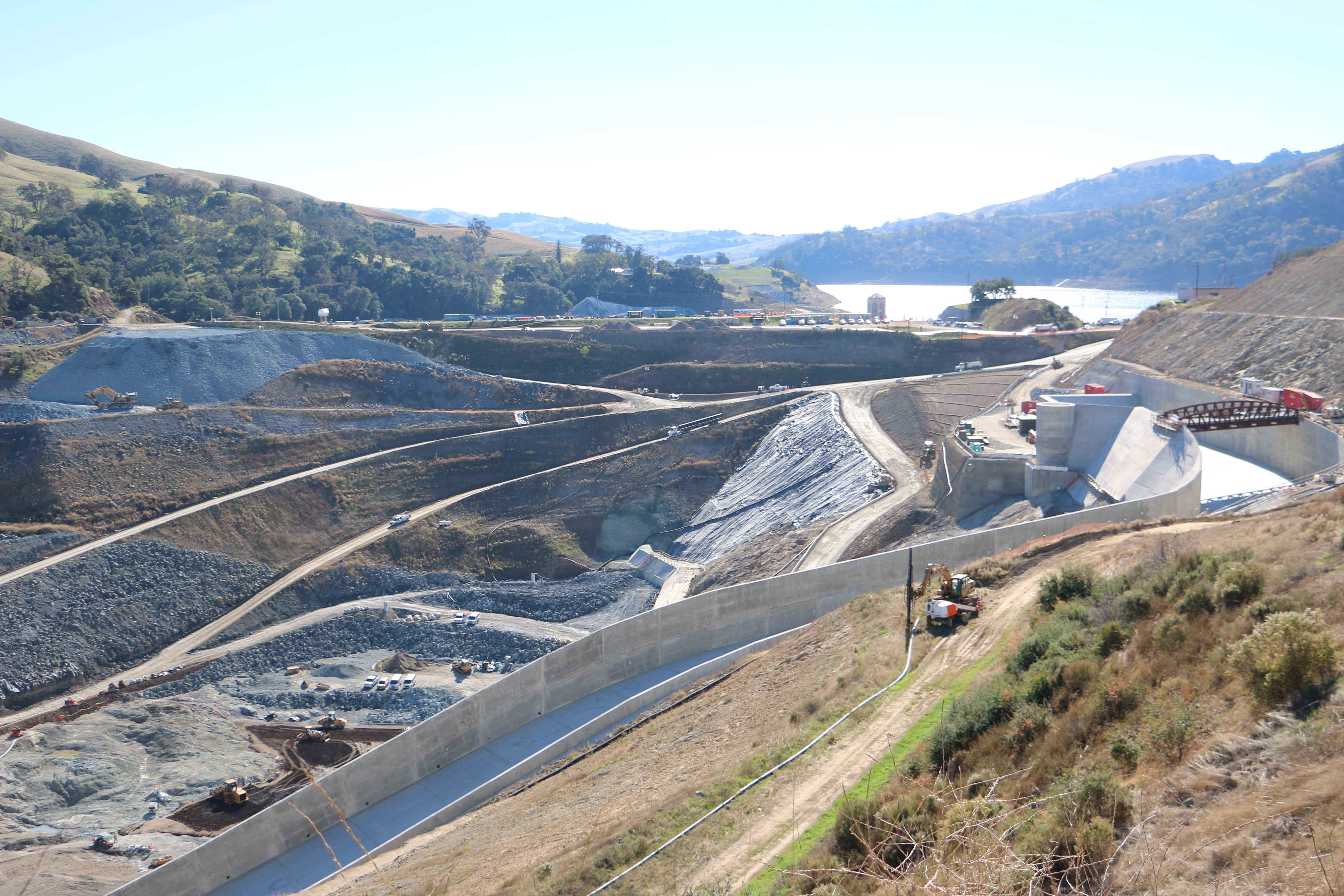 CALAVERAS DAM – Sometimes you can still win big even when you’re not the lowest bidder.Graniterock’s Aggregate Division secured one of the company’s largest projects ever in terms of volume for reasons that had nothing to do with price.

At original bid time for the $800 million Calaveras Dam Replacement Project five years ago, Graniterock wasn’t awarded any of the various aggregates quoted.

The A. R. Wilson Quarry team said “Yes, we will” to the high volume and tight specs, including a size the Company had never produced before.

Don Barrett and Henry Ramirez invited members of the joint venture team and SF Public Utilities Commission to visit the A. R. Wilson Quarry to see first-hand Company operations and confirm our capacity to deliver exactly what was required for the new dam to be successful.

Turns out Henry had worked with Mike Mulich, Sukut’s project manager, 20 years ago.

Their relationship was the seed of trust that carried throughout the hundreds of truckloads made between Aromas and the dam east of Milpitas last year.

“This project is really based on relationships and the inherent trust contractors have in Graniterock,” Don said. “It all comes down to doing what we say we’re going to do, and we did that here.”

The A. R. Wilson Quarry team shipped 120,000 tons of 10-inch minus and 120,000 tons of 4-inch minus to be placed in layers in the face of the 220-foot tall earth and rock fill dam under construction next to the 90-year-old original dam, which will be left in place and submerged underwater when the project is complete.

The Quarry team had to figure out how to produce the specialized 4-inch minus while simultaneously keeping up with other aggregate operations.

A complete rescreening of the plant along with good planning by Jeremy Hunzie, Nick Wenzel and Peter Lemon helped make the new sizing a success.

“This required a lot of coordination by the Quarry team,” Don said. “But even more than that was the ripple effect this production had on every other product we make. It required more tons produced on top of an already busy year and more hours worked by the team.”

There was also great work by the RTS team of Greg Wilkinson and Pio Ramirez to conduct the stringent testing required by the public utilities commission to ensure all of Graniterock’s materials made spec.

Daily communication with the dam’s project managers was key for handling the numerous truckloads needed each day, which were always subject to change.

The dispatch team of Chago Ramirez, JR Renteria and Rob Maltoni found the drivers necessary to make on-time deliveries to the site, all done between 4:30 p.m. and 1 a.m.

Cheryl Hatley’s daily production reports for the joint venture team were another essential piece to Graniterock’s customer service throughout this project.

The best part is there’s potential for Graniterock to ship an additional 240,000 tons this year.