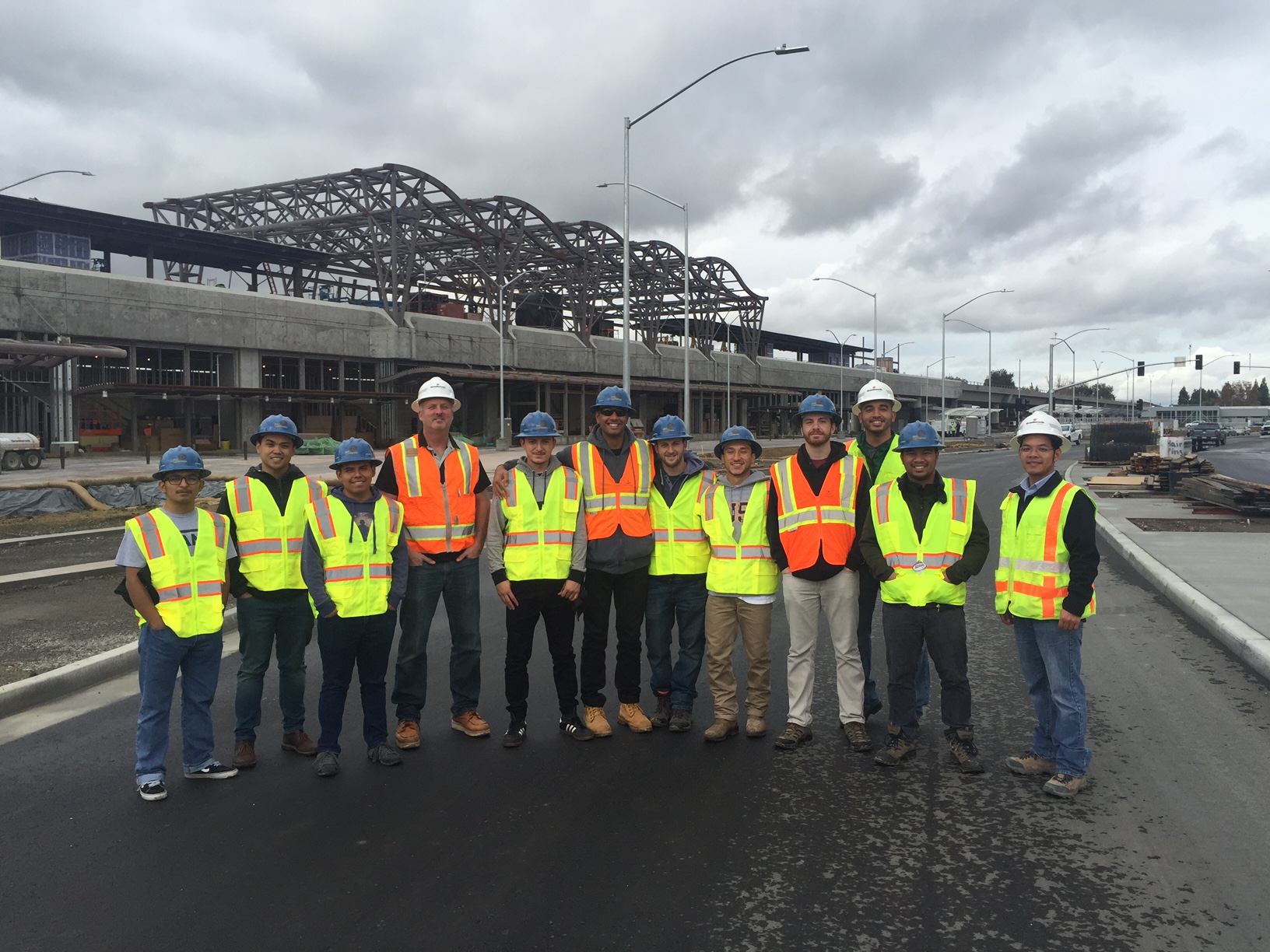 The group, led by Estimator Dave Kennedy, started at a major technology campus under construction in Cupertino, where Project Manager Terry McIntyre explained the range of work Graniterock’s Construction Division has been involved with over the past couple of years.

For some students, the sites were their first experience at a major construction job.

"All of the students are very appreciative of the Company's efforts," Graniterock intern and San Jose State student Carlos Murillo said. "If possible, we were hoping this could be a yearly event...and eventually lead to more civil engineers from SJSU working in construction."