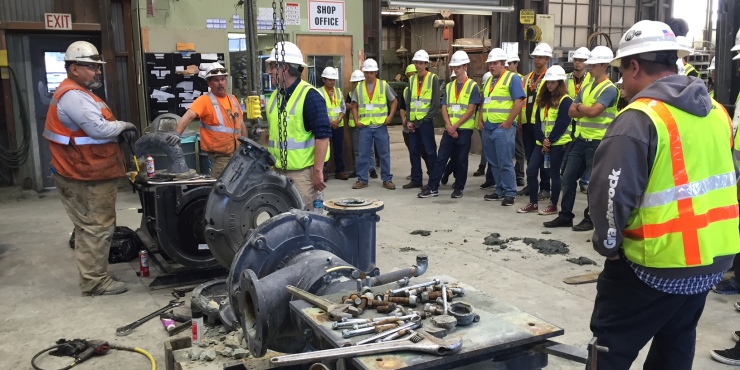 Construction is booming in the Monterey Bay Area, but if you’re looking for skilled workers, it’s tough. Major construction companies and homeowners alike are in search of a solution.

Tyler and Mallory Newell bought their first house in Santa Cruz this summer. While they appreciate the charm of their 1940s home, it needs a lot of work.

They also needed to repair the deck, put a fence in and paint the pantry. Neither realized how hard it would be to find available contractors.

“I talked to one fence contractor who built a beautiful fence like a couple blocks down and he told me he wouldn’t be able to get back to me until November and that was in July,” says Tyler.

“And what did the painter say? He was like 8 weeks out,” says Mallory.

Contractors across the Monterey Bay area have been busy. General contractor and carpenter J Duffy welcomes this year. He started his company Seven Seas Carpentry just before the economy tanked.

“It was very slow in 2009. In fact, I was on food stamps for a little while. I had to sell off my truck and it was scary,” Duffy says.

“Either they’ve all been snatched up by other companies, or there are just not as many people interested in the trades,” says Duffy. Duffy also believes there's less exposure to the trades in high school nowadays.

A study published this year by the Associated General Contractors of America found two-thirds of construction firms are having a hard time finding skilled workers.

The group represents more than 26,000 firms across the United States, including Watsonville-based Graniterock. The company builds roadways, runways, and buildings.

So Graniterock started the Construction Academy for local high school students. Now in its second year, 24 students from six different high schools are participating. The teens get to tour Graniterock, visit construction sites and even operate machinery at the end of the academy. The goal is to expose them to the different career opportunities in the industry.

“I like that it’s hands on and you actually get to go out and see things rather than seeing them over like videos,” Watsonville High School student Andrea Rocha says.

The academy is growing quickly. Last year, only two high schools were involved. This year, students had to apply to get in.

“And so far so good. We’ve been able to hire a handful of these students in our Construction Academy as summer interns and we’re looking forward to building those internships into full-time careers at Graniterock,” Jeffery says.

While these students may help solve the shortage one day, the Newell family’s needs are more immediate. To speed up their remodel, the couple decided to do some work themselves. Tyler built the fence and Mallory painted the pantry.

“I think it turned out pretty well,” says Mallory.

As for the bigger projects, like replacing the deck, they’re waiting for the professionals.