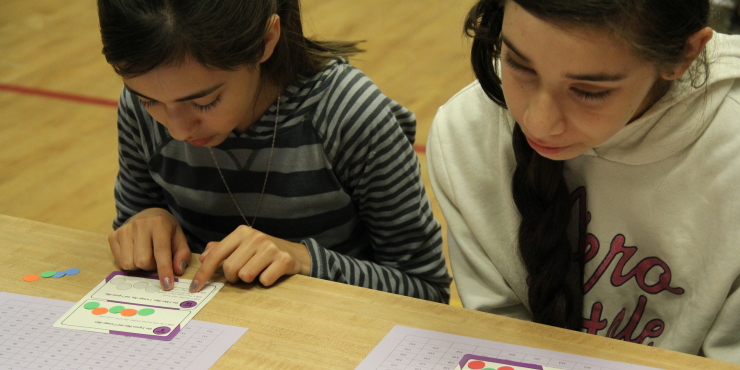 Students celebrate Pi Day with a slice of pie

WATSONVILLE – A sweet treat can make math equations a little easier to swallow.

Pi (Greek letter “π”) is the symbol used in mathematics to represent a constant — the ratio of the circumference of a circle to its diameter — which is approximately 3.14159.

“This is just one small way we can encourage kids to try their best at math,” said bakery owner Gayle Ortiz. “We know people work a little harder when they have a reward to look forward to.”

The entire student body will join in Pi Day activities as part of the school’s math club, which sprang from the Bruce W. Woolpert Algebra Academy many students took part in over the summer.

“We’re proud of the hard work accomplished by the Algebra Academy students and the fact they’re sharing their love of math with classmates,” said Kevin Jeffery, Graniterock Vice President.

Up to 100 students will rotate into the gymnasium every 50 minutes to participate in the multiple games designed to develop critical thinking, problem solving, pattern recognition, spatial-visual development, memory, logic and basic computation.