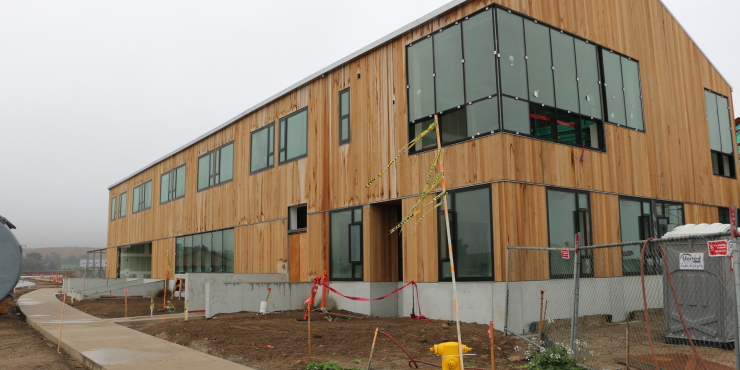 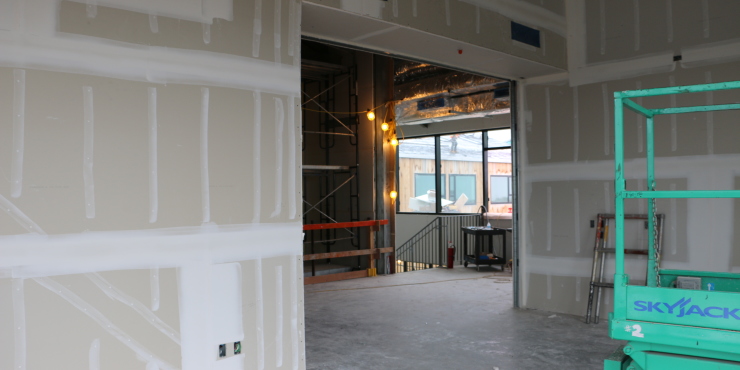 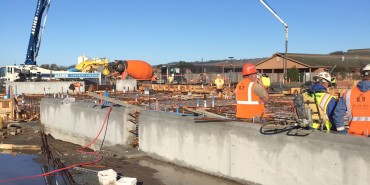 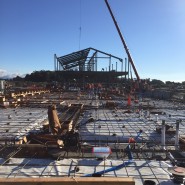 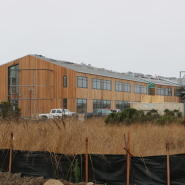 Supplemental cementitious materials are reclaimed materials, in this case 54 percent slag and 15 percent fly ash, that are used in place of virgin Portland cement resulting in greenhouse gas savings.

Most green concrete mixes are made with 25 percent supplementary cementitious materials.

“We’ve never done a mix like this before,” said Katha Redmon, Graniterock’s director of concrete products. “We worked hard to get it just right on strength and shrinkage. The final mix exceeded our expectations.”

The nearly 1,700 yards of ultra green concrete were made at Graniterock’s plant in Santa Cruz for subcontractors Berkeley Cement and Roebbelen.

The cement replacement equates to a carbon dioxide savings of approximately 200 pounds per yard.

The ultra green concrete was used in constructing the second floor of the 40,000-square-foot building.

Producing green concrete is part of Granitrock’s commitment to protecting the environment, shrinking our carbon footprint and building better projects.

Construction is expected to be completed by spring.

About Graniterock: Graniterock is a private construction company founded on Feb. 14, 1900. Based in Watsonville, Graniterock has operations throughout the San Francisco Bay Area and Central Coast. The company supplies high-quality construction materials, and operates a construction division specializing in heavy civil engineering projects such as major highways, airports and private commercial and residential projects.