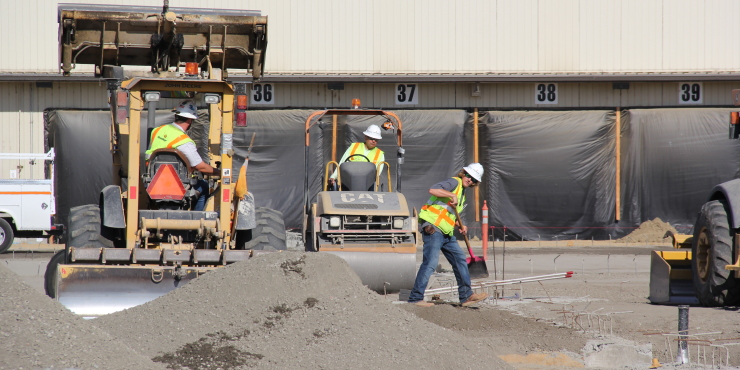 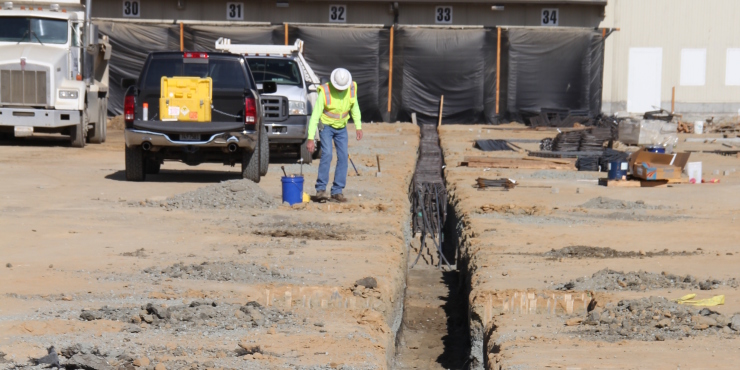 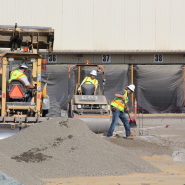 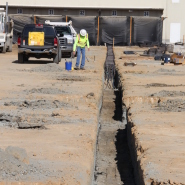 Graniterock is winning work at Earthbound Farm in San Juan Bautista as the organic produce giant looks to expand its facilities, including new parking lots, building pads and roads.

Graniterock is working as a subcontractor for Design Group Facility Solutions, who has a multi-million dollar contract to design and build a 124,000-square-foot cooler expansion.

Graniterock will place approximately 7,000 tons of class two recycled base rock from the A. R. Wilson Quarry, hauled by Graniterock Transportation. The 8-inch thickness of AB has to be graded to within 3/8-inch finish elevation tolerance.

Muse Concrete Contractors of Redding, a valued Graniterock customer, won the contract to pour the concrete slab on our grade.

Our presence on the job helped facilitate several problem-solvingconversations Steve had with Design Group’s project manager, who assistedMike Chernetskyand his team in Seaside to expedite an approved concrete mix design.

Graniterock will supply approximately 4,400 cubic yards of concrete to the project

Steve has been working closely with Earthbound Farm officials to budget future facility expansion projects coming out to bid this year: