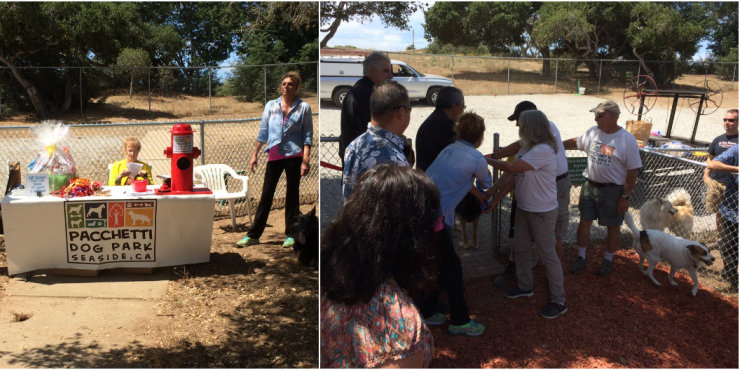 Article in the Monterey County Weekly.

Pacchetti Dog Park can finally live up to its name.

Pacchetti Dog Park Committee Chairwoman Becky Stofer, who attended the celebration with her black German shepherd, Shiloh, credits the generosity of numerous donors. Cash donations of over $7,000, including $2,500 from Mal's Market, allowed the committee to complete the cyclone fencing along Noche Buena, creating a four-sided enclosure for dogs. There's also a shorter fence within the park, creating a space where smaller dogs can safely roam.

Among the in-kind donations, according to Stofer: 60 tons of rock from Graniterock, gravel from Don Chapin Company, equipment and labor from Kelly Howell of Kelcon Builders, and cement, water line and picnic tables from Home Depot.