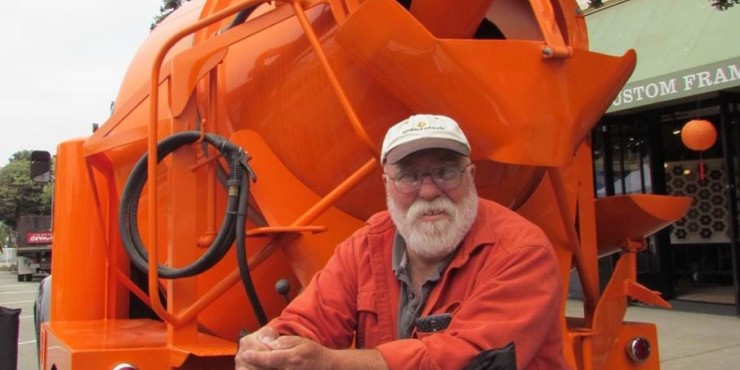 While the elite gathered around their automobiles Friday at The Quail, the Legends and the Werks, the cool kids drove into downtown Pacific Grove and parked along several blocked-off blocks of Lighthouse Avenue for what was basically a cruise-in car show.

Except, of course, the 22nd annual Pacific Grove Rotary concours and auto rally is not a cruise-in at all but a cruise-out, because after the car show, the participants and their cars leave en masse for a drive along the coastal western edge of the Monterey Peninsula, past Cypress Point, Spyglass Hill, Spanish Bay, the Point Pinos lighthouse on such scenic routes as 17 Mile, Sunset Drives and Ocean View Avenue.

The events are staged by the local Rotary Club to raise money for various youth programs, from the local youth center to high school driver training and more.

The cool kids participating in the event included:

Other vehicles in the vintage fleet are a 1924 Fordson roller, 1928 Ford Double A dump truck, 1928 McCormick-Deering road grader, 1947 Dodge fuel truck and a 1951 International G.I. truck obtained from Navy surplus but converted into a mixer.

West, who seems to have parental pride in his fleet, said Graniterock shows its vintage vehicles every chance it gets, which has been some 500 times in the last decade, and as far away from home as Las Vegas.