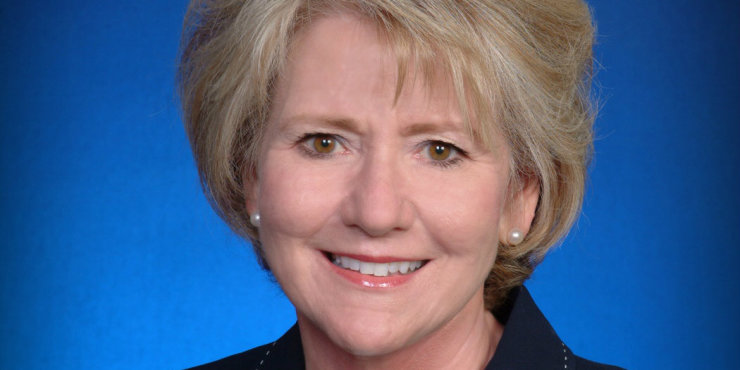 Peters joined the nine-member board that governs the 118-year-old construction materials and services company based in Watsonville, upon her election March 23.

“We are delighted to have someone with Mary’s knowledge, skills and experience on transportation issues join Graniterock’s board,” Graniterock Chairman Mark Kaminski said. “Mary has a long-standing reputation for leading innovation in our industry. As we look to expand Graniterock’s role in the improvement of California’s infrastructure, Mary’s insight and leadership will be a tremendous asset.”

“We are proud to welcome Mary as our newest advisor,” said Marianne Woolpert, great granddaughter of Graniterock founder A.R. Wilson. “She is an outstanding leader and will contribute to our long history of innovation and excellence.”

“I am honored by the opportunity the Woolpert family has given me to join the board of directors at this world-class company,” Mary said.

An Arizona native, Peters served as U.S. Transportation Secretary from 2006 to 2009, which included overseeing more than 60,000 employees and a $61 billion budget.

Peters led the Federal Highway Administration from 2001 to 2005. She was also leader of the Arizona Department of Transportation as part of her 16-year career with the department that began in 1985.

In addition to her public service, Peters held the post of senior vice president and national director of transportation policy for HDR, a major engineering firm headquartered in Omaha, Neb.

Peters has established herself as an expert in finding new ways to invest in road and bridge construction, including public-private partnerships to build roads faster and at less expense. She is known for efficient use of taxpayer dollars and the adoption of new technology to reduce construction time, resulting in safer, longer-lasting roads and highways.