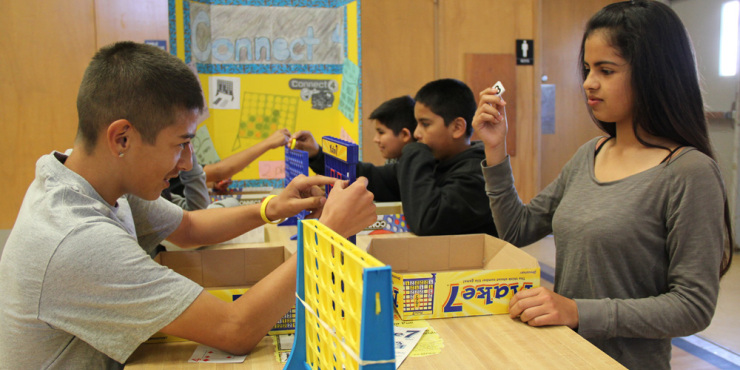 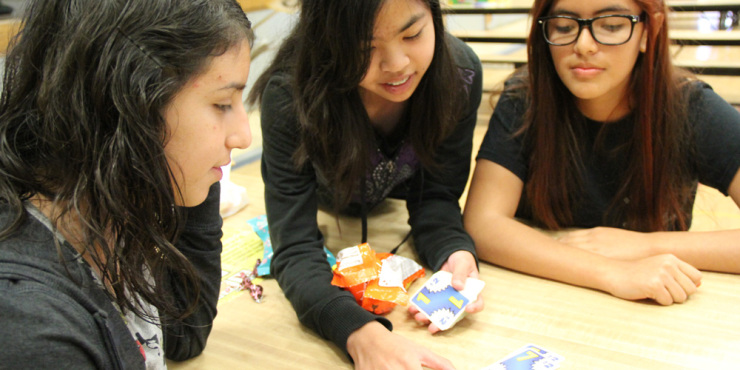 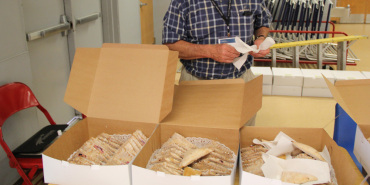 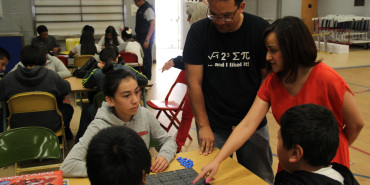 As part of the Bruce W. Woolpert Algebra Academy, students at Rolling Hills Middle School celebrated Pi Day a day early on March 13 with a range of math games and some real pie donated by Gayle's Bakery.

Sixth- and seventh-graders rotated through the gym to play math logic and problem-solving games with eighth-grade members of the school's math club, an outgrowth of the Algebra Academy.

Thanks to Kevin Jeffery and Jennifer Castro, who attended the school's event and helped with the games. 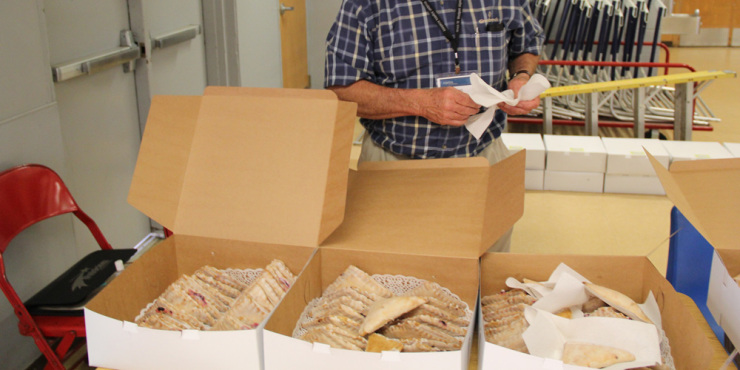 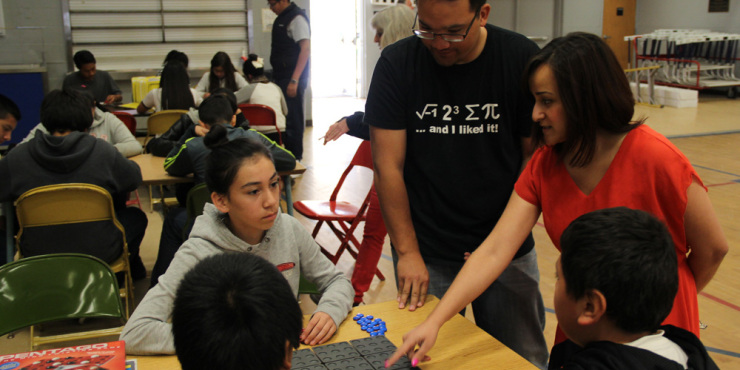