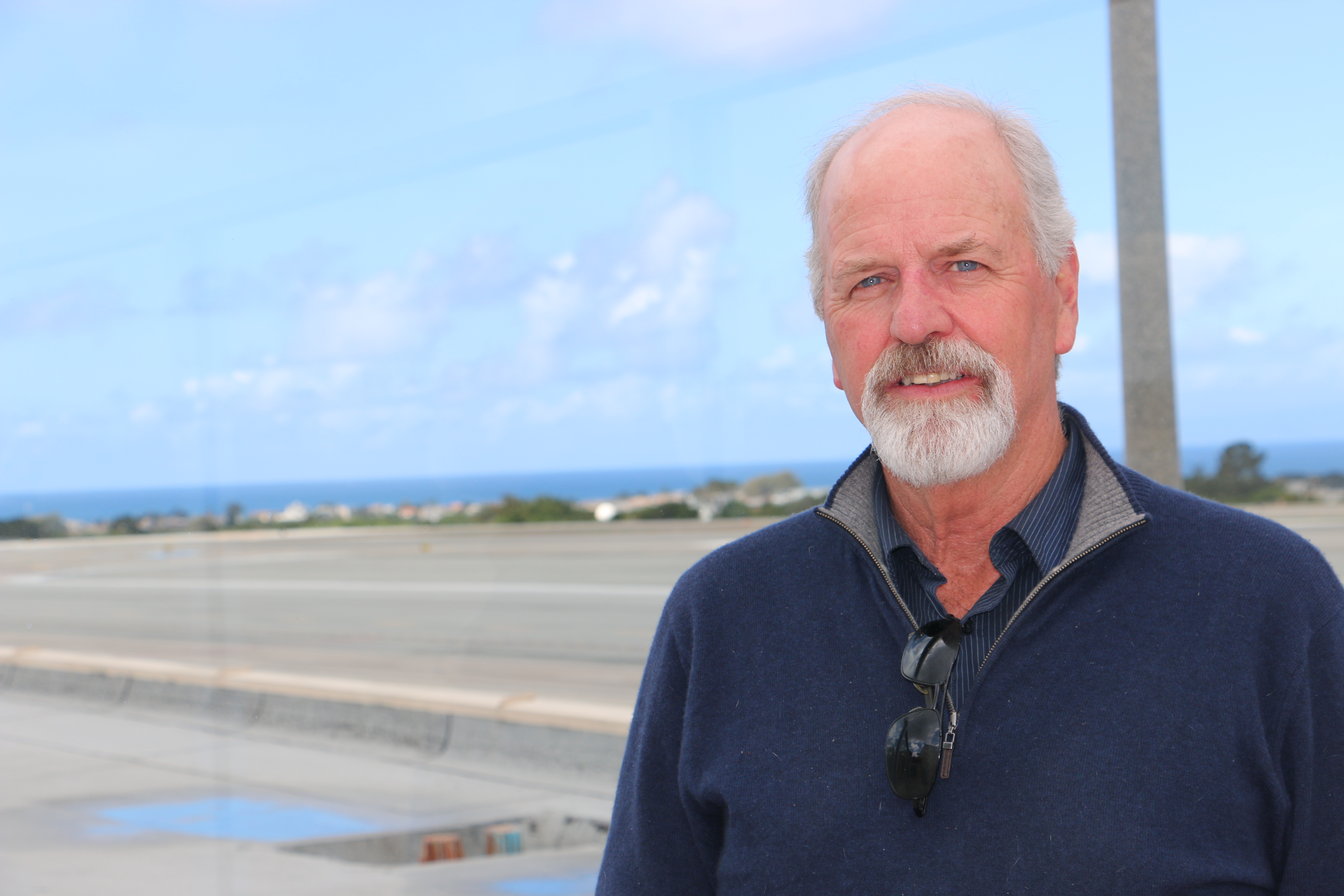 While he is all of those things, at heart, Mike is an artist who loves natural stone and working with his hands.

His dedication to the craft is evident in the elaborate fireplaces, chimneys, fountains, arched entryways, patios and walls Mike has built around Carmel, Pebble Beach, Big Sur, Carmel Valley and Monterey.

He’s got his name on mansions constructed entirely of stone and gets called repeatedly to work for the rich and famous.

His craftsmanship can be seen on the 13th fairway of Pebble Beach, the old home of Bing Crosby now owned by a Los Angeles attorney.

As well, he’s played a part on the construction of many landmark institutions, including the Highlands Inn, Del Monte Shopping Center, Carmel’s Crossroads, the Presidio of Monterey and even the Carmel Mission.

“I love the art of masonry. It has to be the oldest art there is,” the 64-year-old said.

Mike’s also not afraid of heights.

Always up for a challenging project, he had his skills put to the test earlier this year when approached by a major telecommunications company to build a new radio tower at the top of a rugged 3,000-foot mountain in Big Sur.

Getting the concrete up there was more than half the battle, requiring a couple of Black Hawk helicopters to do the job.

One yard at a time, the helicopters ferried concrete in aluminum buckets to the ridge, where his crews carefully placed the material for the new tower’s foundation.

“That was one of the coolest jobs I’ve ever done,” Mike said. “It really required a lot of planning and coordination between the owner, my team and the concrete team. Overall, it was a big success for all of us involved.”

It’s been more than 40 years since the son of a doctor, who spent childhood summers on the family’s cattle ranch in Montana, started cutting and laying stone for a living.

His introduction to masonry came from his high school best friend’s family of Italian stonemasons a few years after graduating from Carmel High School in 1970.

Mike worked for the family through the 1970s and early 80s until branching out on his own.

He’s known in the industry as the guy who can take on any stone job, no matter how intricate or demanding, and turn out a masterpiece.

“Not only is Mike a skilled craftsman, he always has a smile and positive attitude,” said Robin Steudler of Graniterock. “With his customers, he’s going to listen and conduct his work with honesty and integrity.”

The rock guitarist studies manuals on Moorish arches from the 1800s and builds the chiseling hammers he uses to achieve the hand-hewn look on his work.

He’ll use picks to give a handcrafted texture to each individual brick before stacking them in an English ashlar style, alternating thin and thick stone bricks.

He's specific about his tan and gray mortars, mixing in dirt for a rustic look.

“I love the creativity of what I do,” Mike said.

Mike, a Carmel Valley resident, has been married to his wife Debra for 39 years. They have four grown children and six grandchildren.